Picasso, the most expensive sold at auction 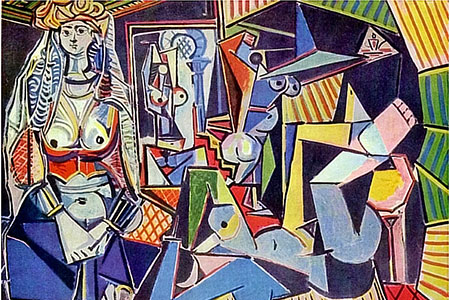 The play The Women of Algiers, the Spanish painter Pablo Picasso, was sold by Christie's auction house in 179.400 million, making the record as the most expensive painting ever sold at auction.

The work was placed as part of a batch of several paintings by masters of the twentieth century, surpassed the triptych of British painter Francis Bacon, Three study of Lucien Freud, who two years ago had set the record for the most expensive work sold at auction with 142.4 million dollars.

The painting depicting numerous scantily clad women, is a classic piece of cubist period of Picasso, who performed as a tribute to the play by Eugene Delacroix.

The piece comes from a series of 15 versions designated by letters of the alphabet, which Picasso painted between 1954 and 1955, and were originally sold to one family, for just over $ 200,000.