Exhibit of the controversial painter Balthus in Rome 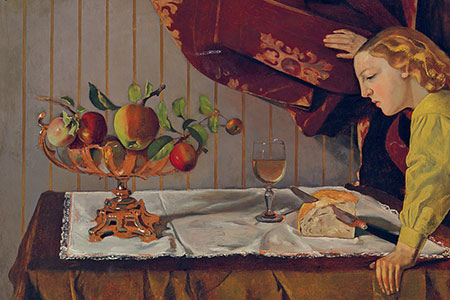 Until January the 31st of 2016, you will be able to appreciate the exhibition Le Scuderie del Quirinale, which portrays the evolution of the work created by Balthus, the polemic French artists who used elements of realism and fashioned them with oniric setting in truly transcendent paintings.

The exposition is divided into two parts that integrate nearly 200 pieces in a retrospective manner, since the Parisian period, until the artist’s last days in Switzerland. In the words of Matteo Lafraconi, Commissioner of this exhibit: “ He’s a truly important artist, original, he doesn’t follow trends, he isn’t interested in pleasing anybody“.

His insignia work "La rue", has been brought directly from New York’s MOMA. One of the most interesting aspects of this exposition is the way it explains the influence of Blathus in other artist, for example, Lewis Carrol, who is the creator of the cat figure with naked woman, these are works of art by the French artist.

As a fun fact, it’s important to pinpoint that in 2014 the Balthu’s exhibition was banned in Germany, due to the fact that his artwork portrayed nudity and controversial positions of the human body in photographs that the artist took during the last years of his life.