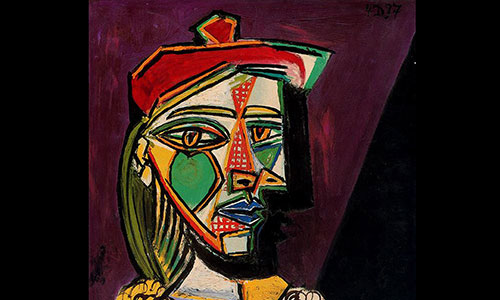 On February 28, 2018, in London, the prestigious auction house Sothesby's will offer a piece made in 1937 by the painter Pablo Picasso. The portrait is called Woman with a Beret and Plaid Dress, which the artist made for Marie-Therese Walter—whom he recognized as her “golden muse.” It’s the first time that this painting will be on the market since it was kept at the artist's estate after his death in 1973, and then was moved to the private collection that is now selling it under a guarantee.

The exhibition of the painting, called Femme au Béret et à la Robe Quadrillée in French, will take place in Hong Kong (from January 30 - February 2), in Taipei (February 6-7) and in New York (from February 12-14). From February 22 until the day of the auction, Picasso's painting will be exhibited in London. (Information from: The Art Newspaper)