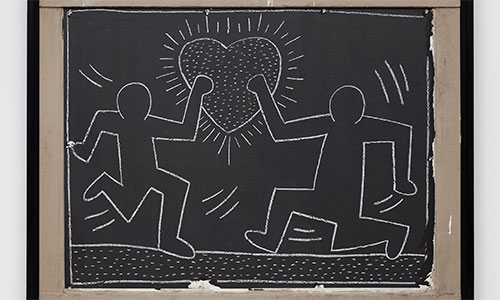 The Peninsula New York celebrates its 30th anniversary with a curated exhibition that pays tribute to different artists of from the 1980s. The exhibition includes works by giants such as Andy Warhol, Francesco Clemente, Keith Haring, Jean-Michel Basquiat and Barbara Kreuger.

Warhol is considered the father of Pop Art, a movement that originated in 1962 with his iconic work Campbell's Soup. For this reason, the hotel has installed ten copies of Andy Warhol's original painting in the waiting room of the upper lobby, so that visitors can enjoy it until the end of October.

As part of the exhibition we can also find the most outstanding works by Haring, Clemente and Kreuger, such as "Untitled Subway Drawing", "Number Five", "Untitled, Your Pleasure is Spasmodic and Short Lived", respectively.