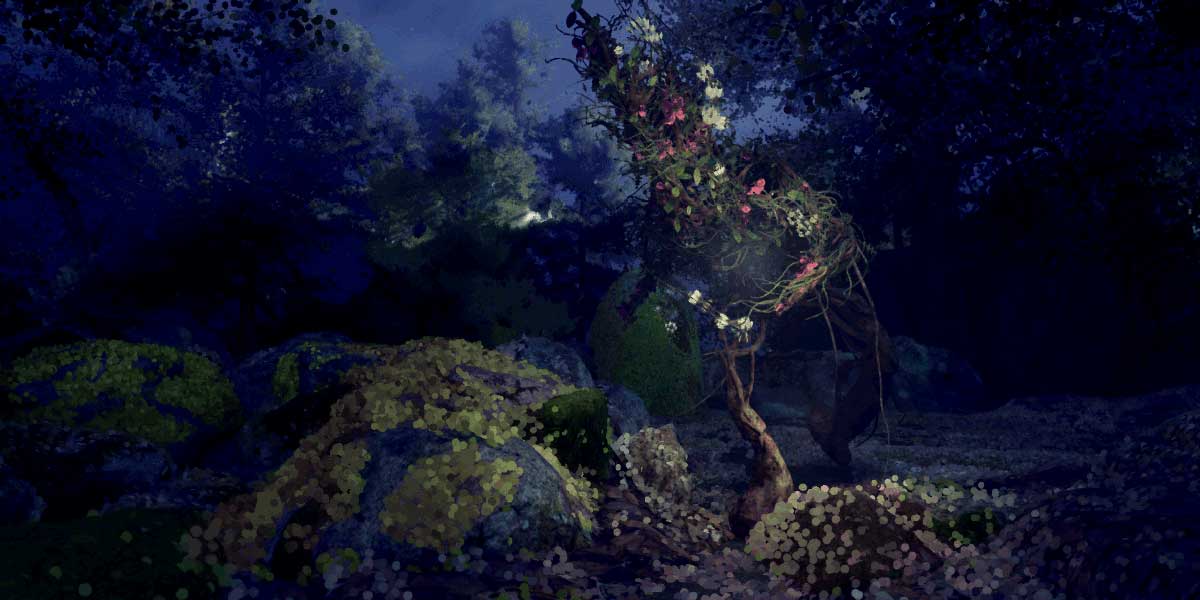 The actors will wear real-time motion-capture costumes and perform the show, completely live, for ten nights (March 12-20). It will be transmitted to an audience that will not see the performers or the stage, but their movements and voices expressed by virtual avatars.

This will be possible thanks to the same technology that has been used in recent years for the creation of characters in video games and feature films. Although a pre-production and post-production process is involved to achieve this, ‘Dream’ will be animated as it is performed leaving room for spontaneity.

Through a web player specially designed for this event, spectator will be able to manipulate the virtual world of the play through any mobile device. While the world/scenario was pre-designed, the way in which the characters move and interact with their environment will be determined by each actor.

At key points, the performers will be able to use their movements and gestures to manipulate the score of the work, recorded by the London Philharmonic Orchestra.

At some point in ‘Dream’ viewers will be able to participate in real time as fireflies through their mouse, trackpad, or touch screen. These fireflies will appear on their screens, as well as on the screens of other spectators and other LED systems surrounding the performers.

“The audience is part character, part lighting, department, part costume; and neither they, nor the artists, performers, cast or crew know the outcome of the performance. Everyone is unique, will look and sound different,” noted Robin McNicholas, founder of Marshmallow Laser Feast.