Calatrava is recognized for his contemporary urban architecture.

In 1951, in the city hall of Benimámet, Valencia, one of the architects who has left his print throughout the world was born: Santiago Calatrava Valls. This character, who enjoys great recognition in the contemporary Architecture, began his formation in the world of the plastic arts when he was 8 years old, in the Fine Arts and Trades School of Burjasot; later on he studied in the Superior Technical School of Architecture of Valencia. His preparation was enriched by attending various prestigious studying centers, such as the Federal Institute of Technology of Zurich. This artistic formation helped him, during his years as a student, to expose part of his paintings and sculptures in various museums of Europe. 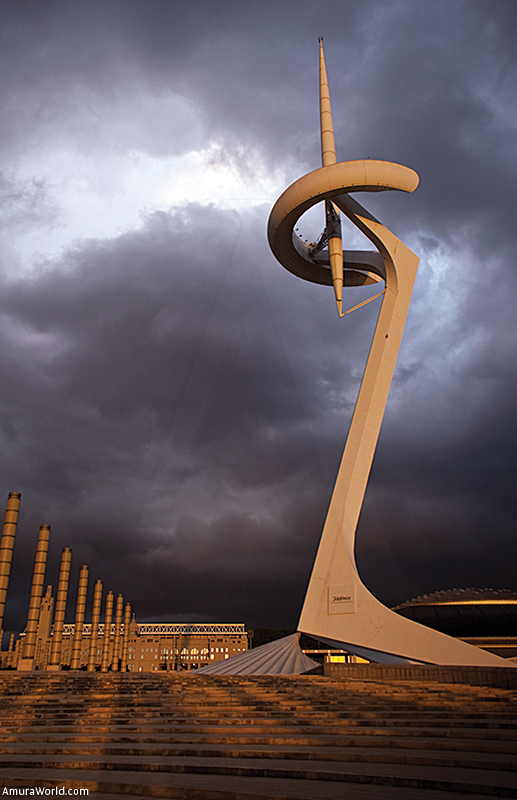 Calatrava shows an influence that emanates from the organic forms, to which he adds elements inspired in music, components that are clearly expressed in the nature of his Architecture; we are talking about uncommon designs applied to buildings, bridges and plazas; because of this some define him as a sculptor-engineer. The truth is that these forms, a bit whimsical, that can be appreciated in the Montjuïc Tower, Barcelona, one of his most original Works, built with polished Steel in form of a torch of 120 m height or the subway station of Alameda in Valencia, show his formation as architect, sculptor and engineer. 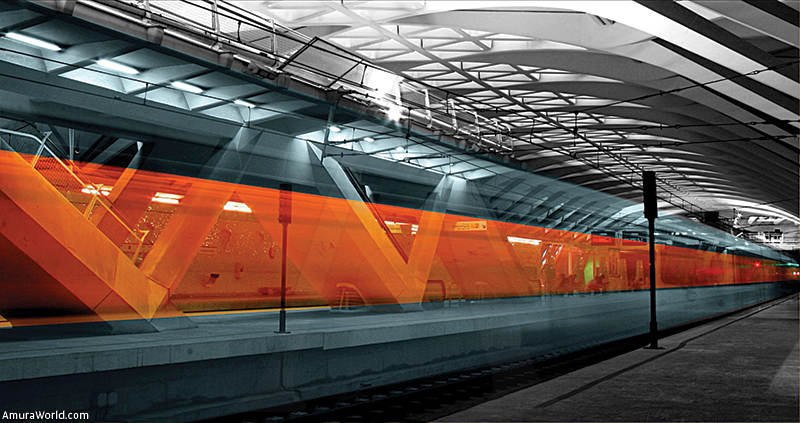 At the same time, he maintains characteristics the show the importance of the buildings, but, overall, the practical function they fulfill outstands. These are clearly expressed in the International Trade Fairs and Conferences Center in Santa Cruz Tenerife, conceived as a versatile space that houses the main events that happen on the island, as well as the Auditorium Project, in the same city; buildings that define him as one of the most daring architects.

The lines in Calatrava Architecture recall movement, a characteristic trait of his, for besides the buildings and bridges, the moving objects are counted amongst his most common creations; in this context, in the Llotja of Sant Jordi of Alcoi, in the province of Alicante, there is a triangular grill that opens to reveal a fountain in its center, where the water falls when it is fully opened. Another example of his recalling of movement can be appreciated in the SwissBau pavilion, with moving elements made of concrete, which generate an undulation movement by means of an ingenious electromechanical mechanism. 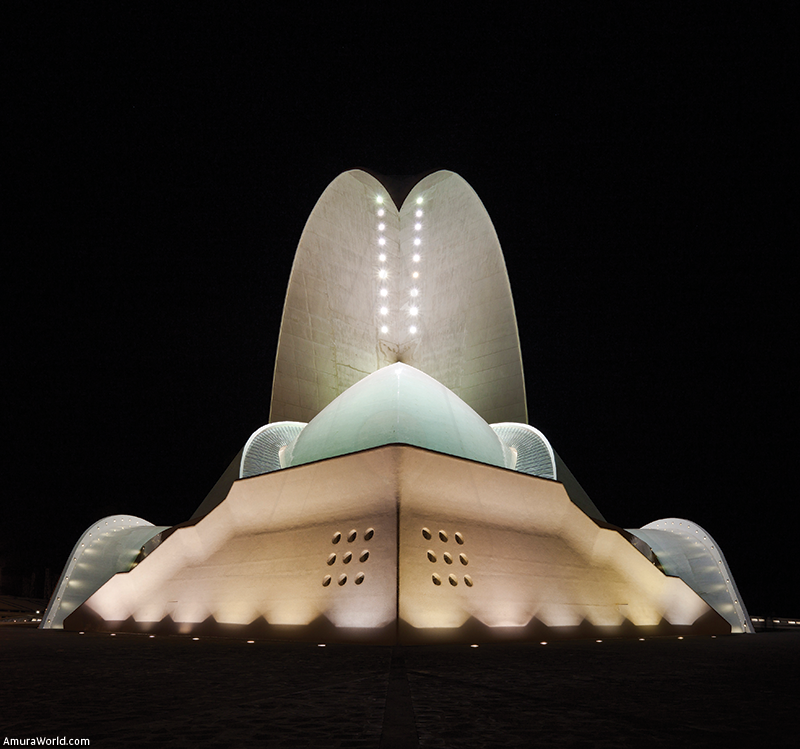 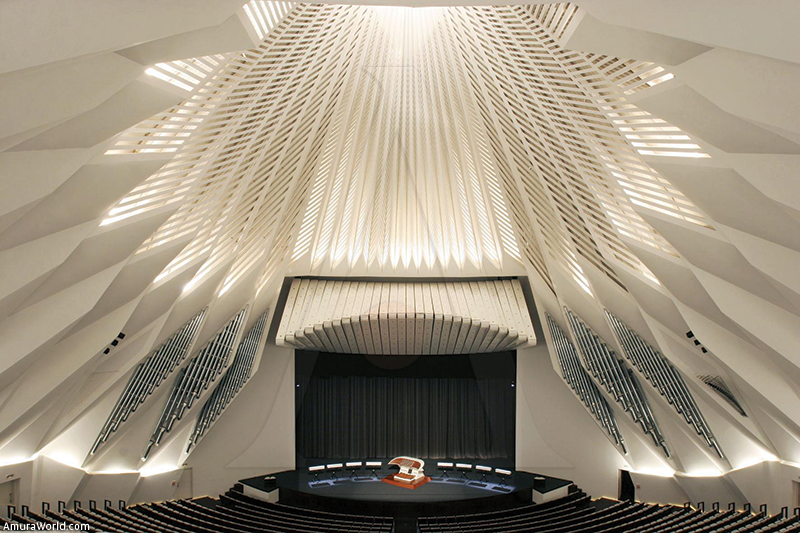 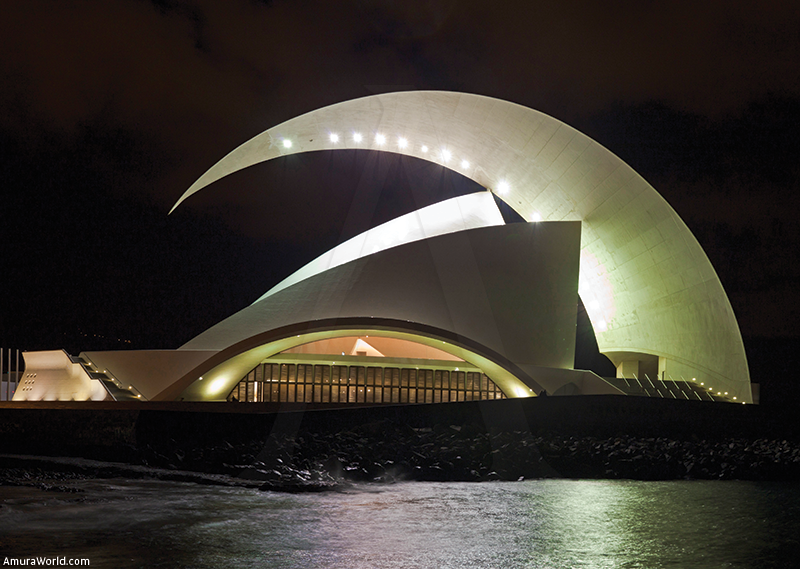 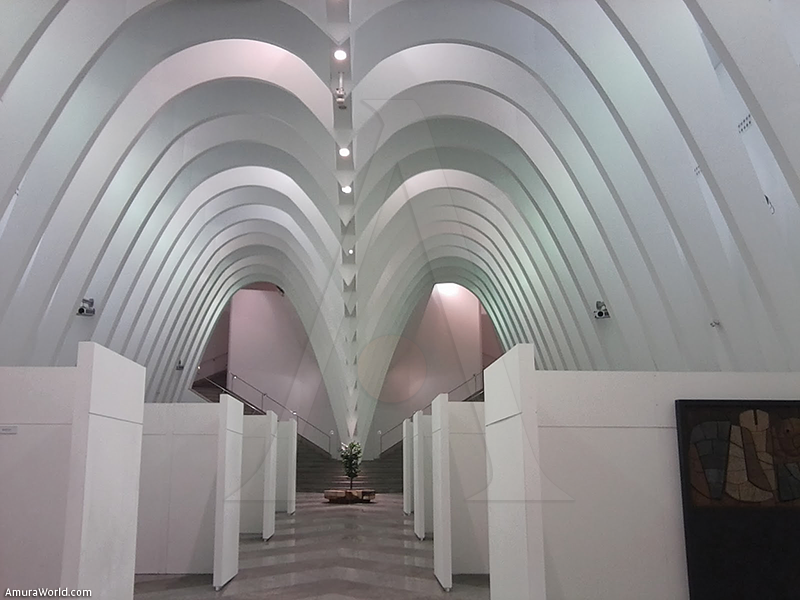 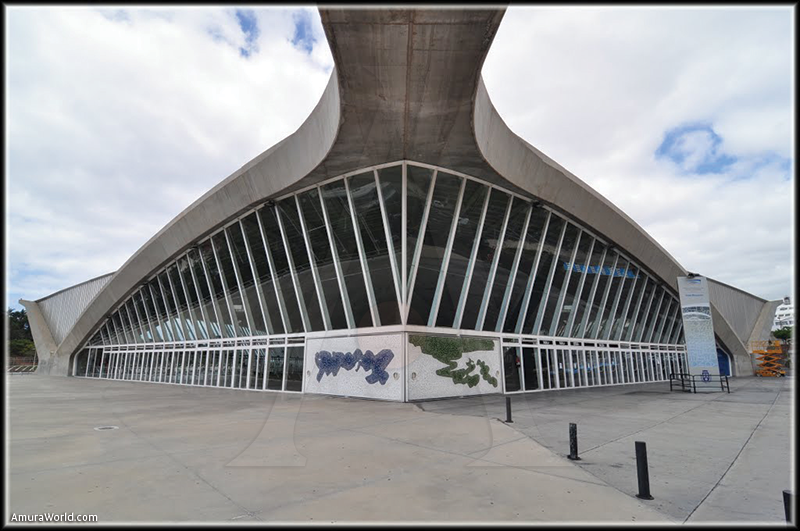 On the other hand, the ample variation of bridges he has conceived also challenge the traditional way in which this type of infrastructure is built, for some of them are not symmetrical; those that have arches don’t have them in the central part as usually happens, and even some others shown columns that support the weight of the bridge. These characteristics can be seen in the Alamillo Bridge in Seville, formed by an inclined mast out of which the braces that support the platform spring; another example is the bridge over the Hoofdvaart channel in Holland, which includes a tower with a series of cables that extend throughout the bridge to reinforce it; regarding the symmetrical structures, there is the Gentil Bridge in Paris. One of the most appealing designs in these structures is the Alpine bridge of Acleta, where there appear human beings that support the platform over their heads. 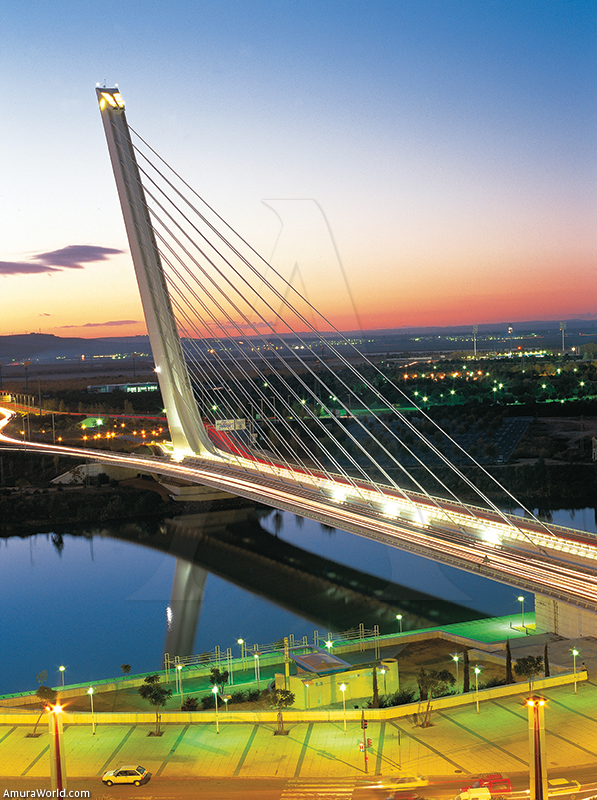 In his creations Calatrava uses a mix of Steel, cement and wood, to which he gives –as has been noted- movement, adding certain life traits. This becomes present in the Milwaukee Art Museum (MAM), one of his best known projects; seen from different angles, the building adopts different forms, from an albatross raising in flight while its tail serves as the bridge that joins the surrounding parks, to a large ship with a huge sail –from a different perspective- that is about to dock in the lake located on its side. Other examples are the iconic Valencian building of the City of Arts and Sciences, the singular structure of this building represents the eye of wisdom that opens to the sky, and the airport of Bilbao in the municipality of Sondika, in the Basque country, known also as The Dove, for it has the shape of a flying bird, and in its interior, the Steel beams that reinforce the structure also imitates the skeleton of the dove (though others claim it has the shape of a dragon). 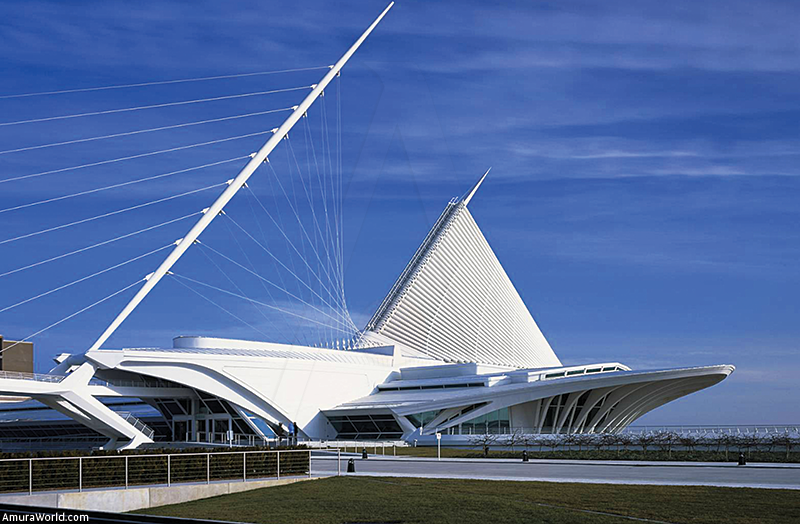 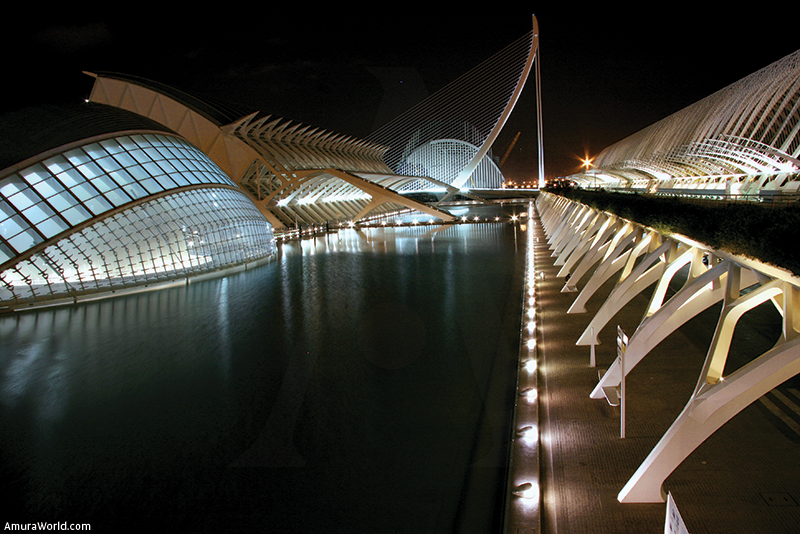 Actually, Calatrava has its own Architecture and Engineering International firm in Zurich and its inventory of Works is as large as the awards he has received. It is worth mentioning some of the most emblematic, such as the Turning Torso, a residential skyscraper in Malmö, which, with its 190 m in height and 54 floors, is the tallest in Sweden. Opened on August 27th, 2005, after 4 years of construction, it received the MIPIM award in the 2005 Construction Trade Fair of Cannes, and the Adán Martín Auditorium of Tenerife, house of the Symphonic Orchestra of Tenerife, on Constitution Avenue in Santa Cruz de Tenerife. 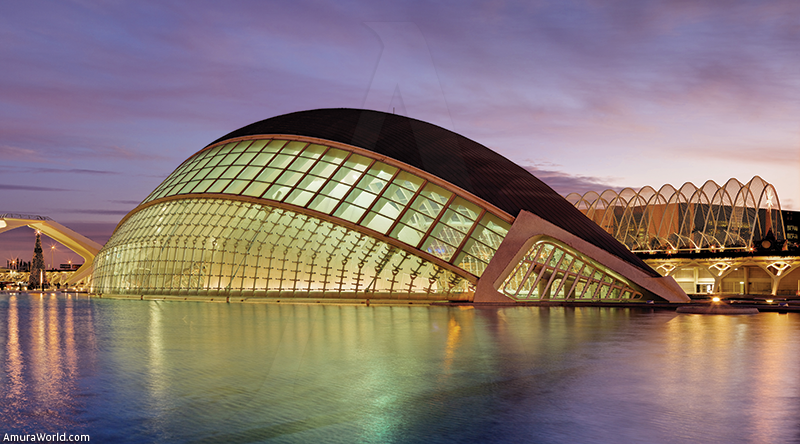 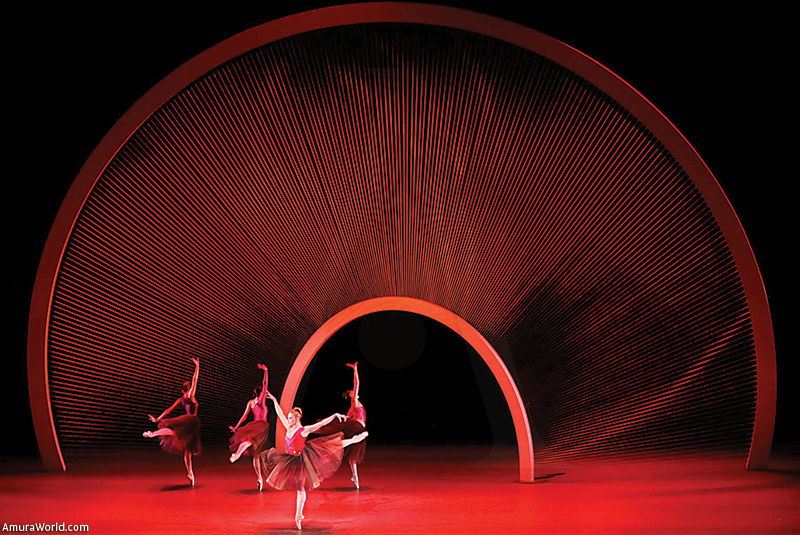 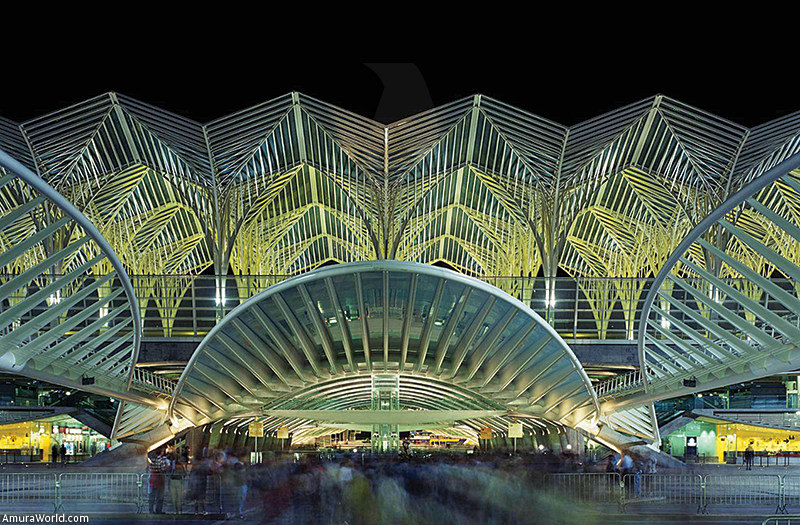 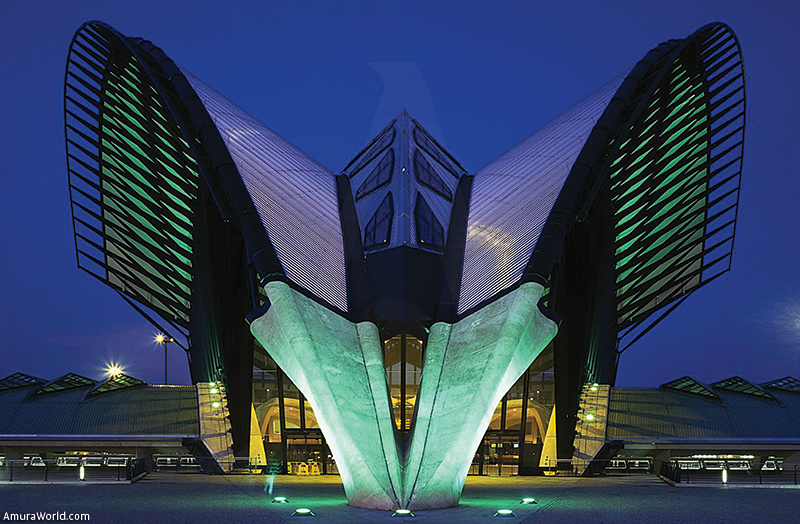 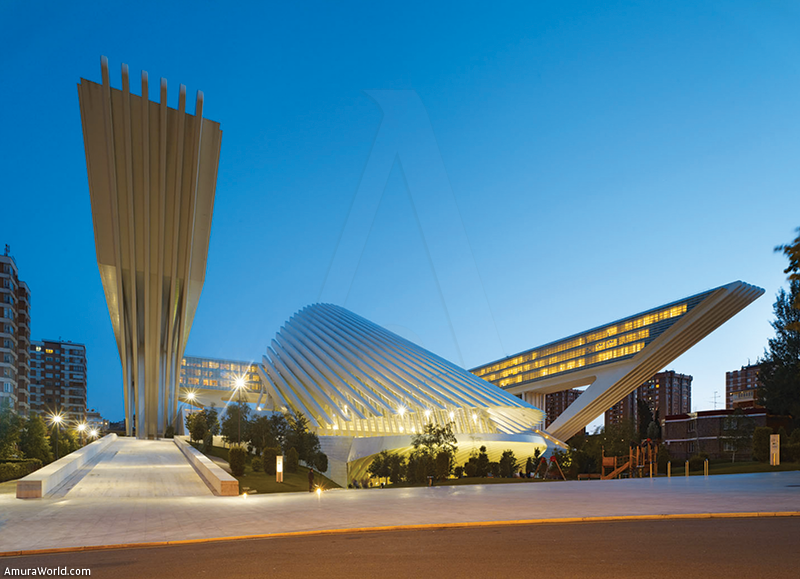