Mssimiliano Fuksas is one of the most successful contemporary Italian architects in the world. Fuksas along with his wife and associate Doriana Mandrelli, direct their architect firm from their Rome, Paris and Shenzhen offices.

Son of a Lithuanian father and an Italian mother, Fuksas was born in Rome on January 9 of 1944. He graduated from the Architecture Faculty in La Sapienza University of Rome. In 1967 he opened his first office (while still studying his last years of university education) and in 1985 he created the current firm with Doriana Mandrelli, also graduated from La Sapienza. From 1998 to 2000, he was director of the VII International Architecture Exhibition: Less aesthetics and more ethics of the Biennale of Venice. 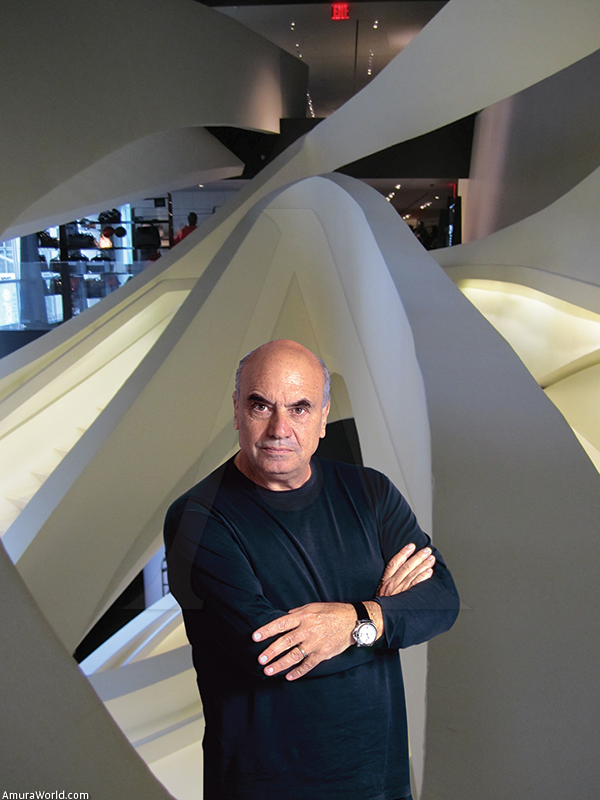 He was visiting teacher on several universities like the Ecole Spéciale d’Architecture in Paris, the Academy of Fine Arts Vienna ant the Columbia University in New York. Since 2000, he is author of the column of architecture founded by Bruno Zevi, for L’Espresso magazine. At the beginning of this year he and his wife started writing for the column of design of La Reppublica newspaper.

During his career, he has won several recognitions like the Medal of the Presidency of the Council of Ministers, Vitruvio Internacional a la Trayectoria award in Buenos Aires, Awards for Excellence Europe and Honorary Fellowship of the American Institute of Architects in Washington D.C., as well as Idea-Tops Awards in Best Transportation Space category in Shenzhen, among many other awards and accolades.

Some of its most relevant projects are: Terminal Three of Bao’an International airport in Shenzhen, China; Tbilisi Public Service Hall in Tiflis, Giorgia; The new Exhibition Trade Fair of Milan; the Mab Zeil of Frankfurt; the Peres Peace House in Tel Aviv; Nardini Research Centre and auditorium in Vicenza, Italy; the Zenith Hall in Strasbourg, France and La Nuvola, the new Congress Center of Rome. 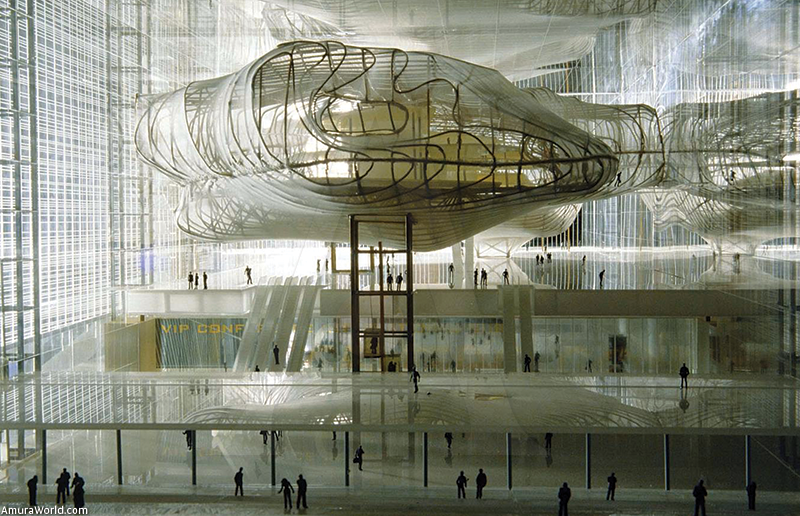 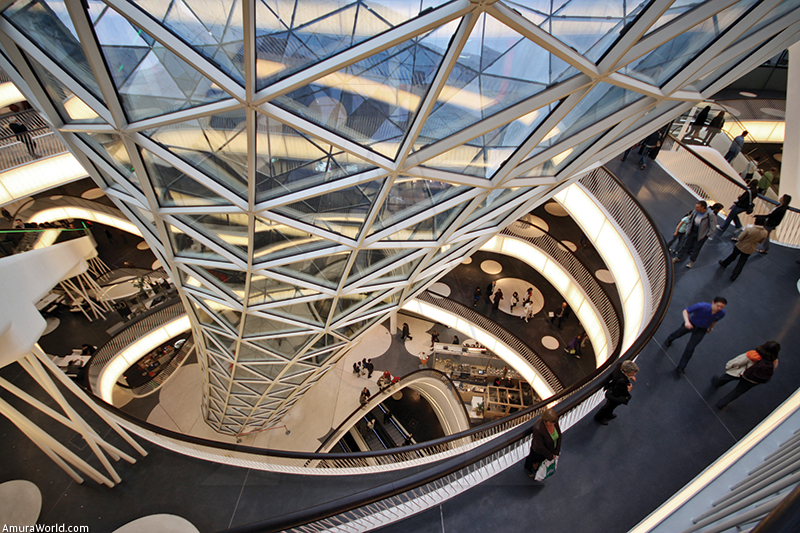 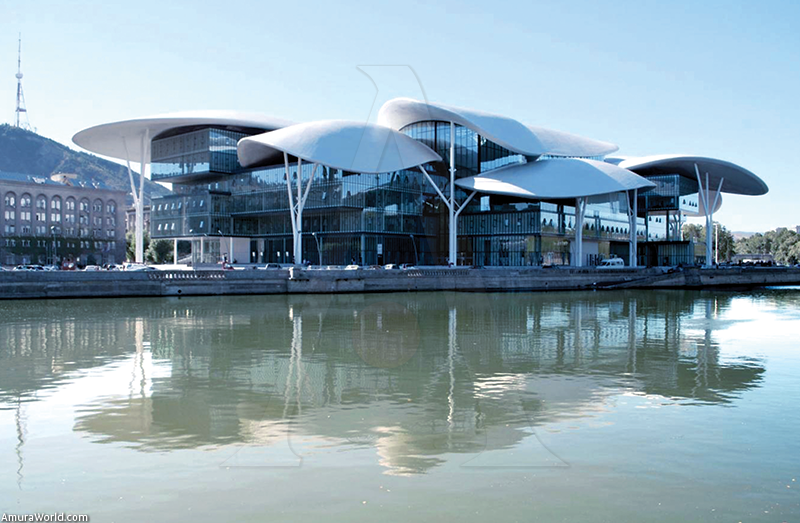 The architecture of Massimiliano Fuksas is profoundly Roman, as himself indicates, each one of his projects tries to snip off as piece of the sky and Rome is the city that clips the sky in a sublime way. His work has not been evolving through time, he simply uses a different language on each project, although the concept is always the same, in all his work the confrontation between opposites is always present, the one between rational and irrational, between organic and inorganic, expressionism or simply geometry.

Fuksas highlights that the most important thing for architecture is to create a concept from where the design may start. If there is not a previous idea, it will never be able to communicate something, a building may be pleasant or structurally perfect, but it will lack emotion.

He considers that at the beginning of the century, the architecture had an avant-garde interest, it took part of the social and technological process, now conversely, it expresses very little. The creator must be a critic of the society he belongs to and do something about it. In this regard he comments: “The architect has to take a standing in relation to the moment he gets to live, be more involved. When Shimon Peres summoned me co build the Peace House in Palestine, I felt it was a great moment, not only for doing great architecture –that I think I did–, but of taking part in a process: the peace process in Israel. It was not only about doing a pretty building”. 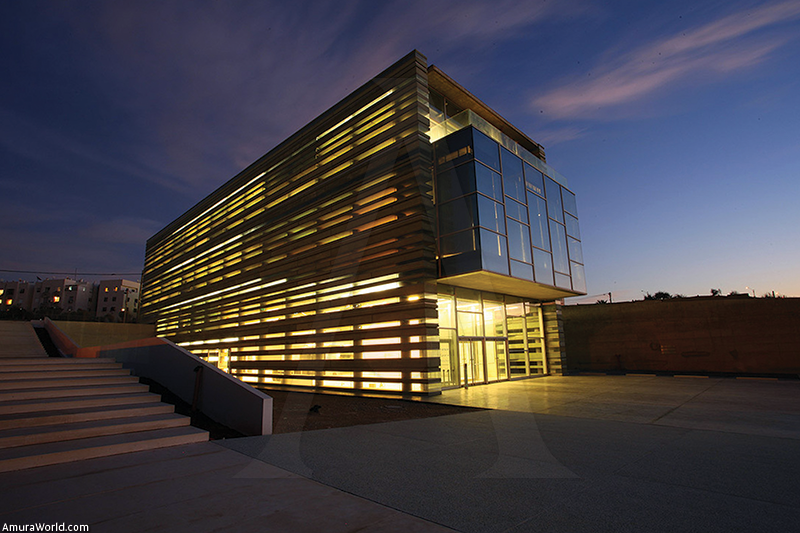 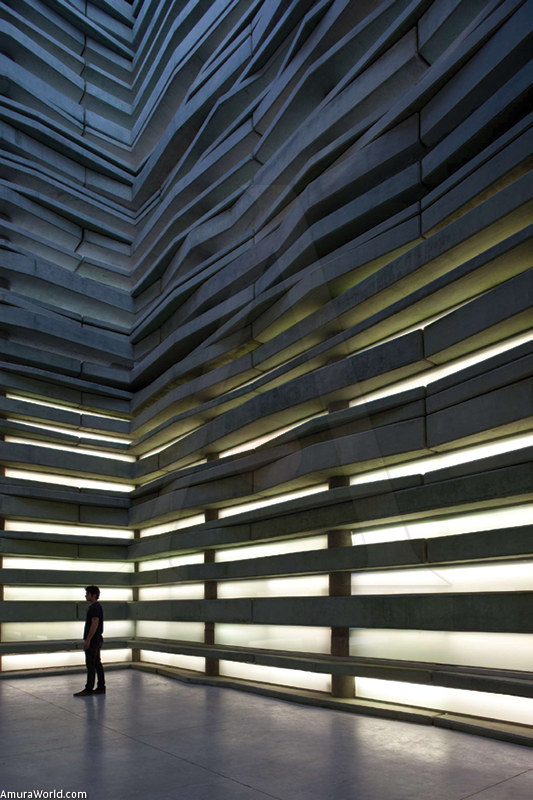 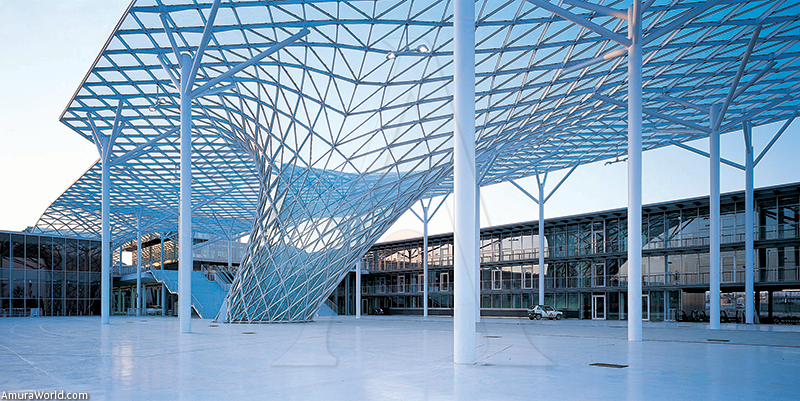 This building was designed as a monolith made of stratifications, long stones and glass that also form strata but in this case, transparent. “This is a metaphor about the history of man that has sordid moments and enlightened moments, the tragic and the benevolent. It has diverse ambiences: conference halls, for journalists, etc. The secret is that all environments are duplicated, and that these double places are also together, communicated. A place is to be used by a Palestinian and other for an Israeli. It is a place to talk about the peace, the democracy and to improve the living conditions of the people”, he emphasizes.

For Massimiliano Fuksas the architecture must solve the problems of the people, specially in the big cities, infested of buildings and where long distances have to be traversed to go from home to work. He explains that a new idea of the city must be built, a pedestrian city, with more trees, more sustainable but in an intelligent manner, that allows the interaction between the persons, that offers places where people can get together and social relations be better ones. In his opinion, small cities work better, therefore the big cities should be thought of as a union of small cities, each with a center and an organization of its own and with a good transport system that joins each of those centers. 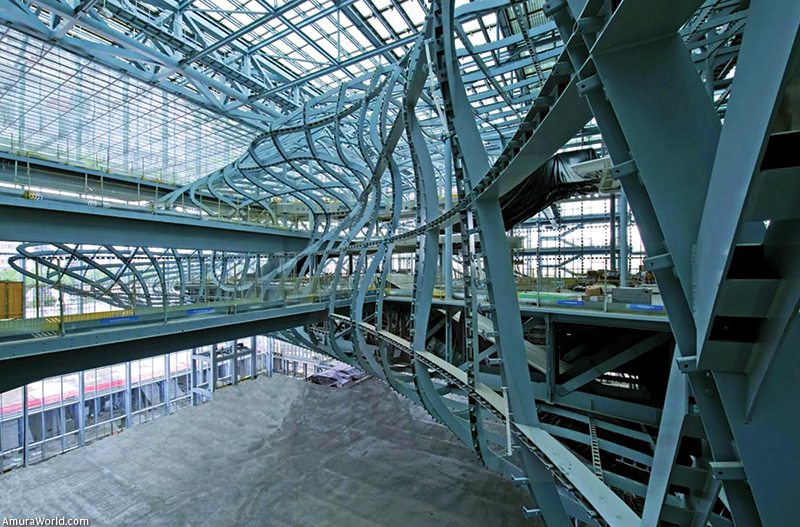 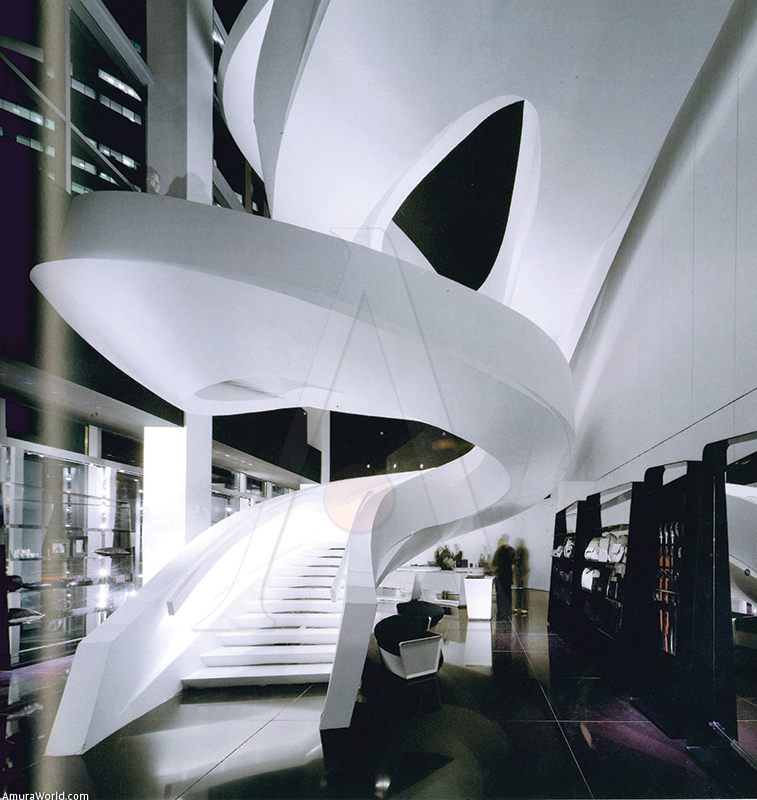 Doriana Mandrelli historian of art and has worked with Massimiliano Massimiliano Fuksas since 1985, besides of collaborating in his projects she also designs furniture, bracelets and chairs. All the projects of the studio are work of both, in some of these she takes care of the interior design; for example Mandrelli carried out the one for the Shenzhen Airport. Due to her artistic inclinations, her perspective and proposals are a lot freer, although always trying not to follow a style but always making an effort to give priority to people’s needs. 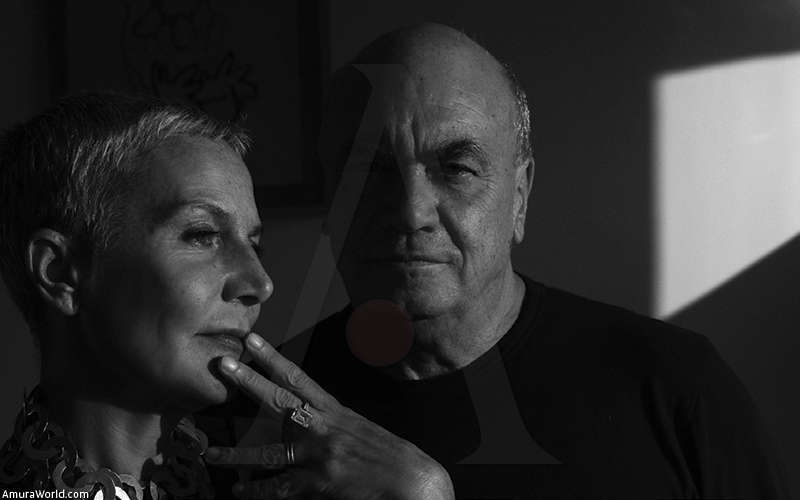 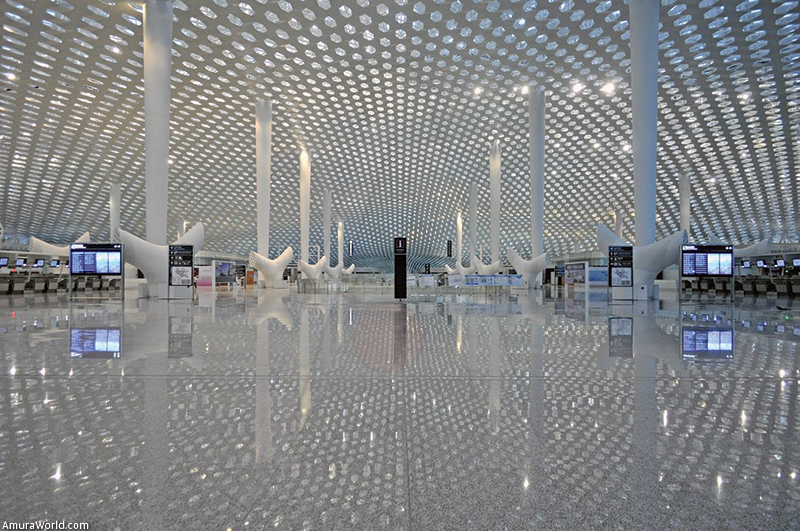 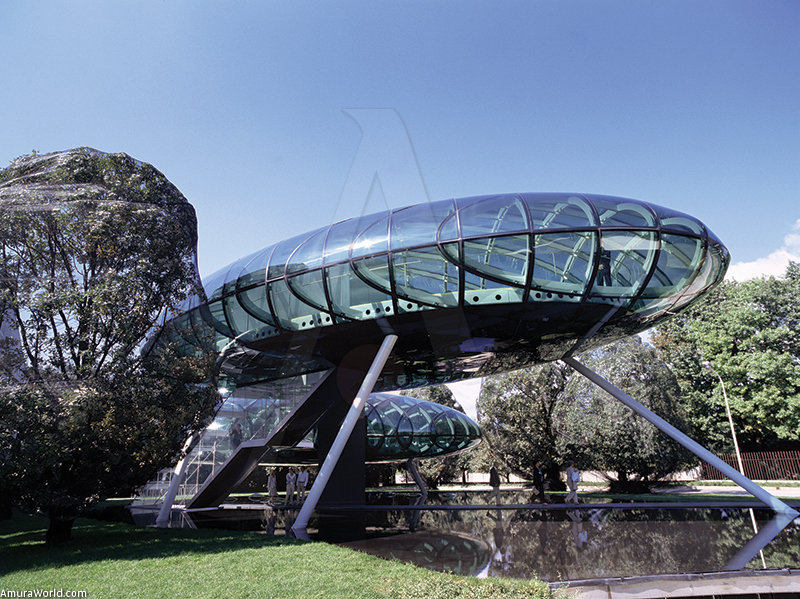