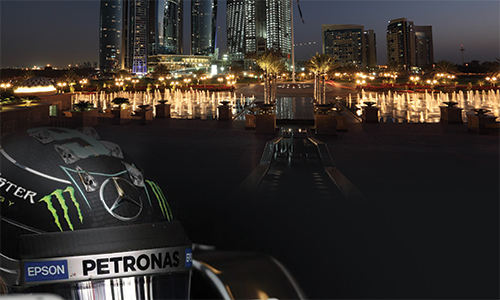 The date was November 29th, all the pilots who qualified participated. The Yas Marina Circuit of Abu Dhabi was filled with flags, screams and happiness.

Dubai’s most sophisticated zip code was witness to the last date of the F1 in this year’s calendar. Abu Dhabi is owner to several Michelin star restaurants and great cultural ambitions, with branches of Guggenheim and the Louvre opening soon. It is here where we find Dubai’s autodrome, in the United Arab Emirates. 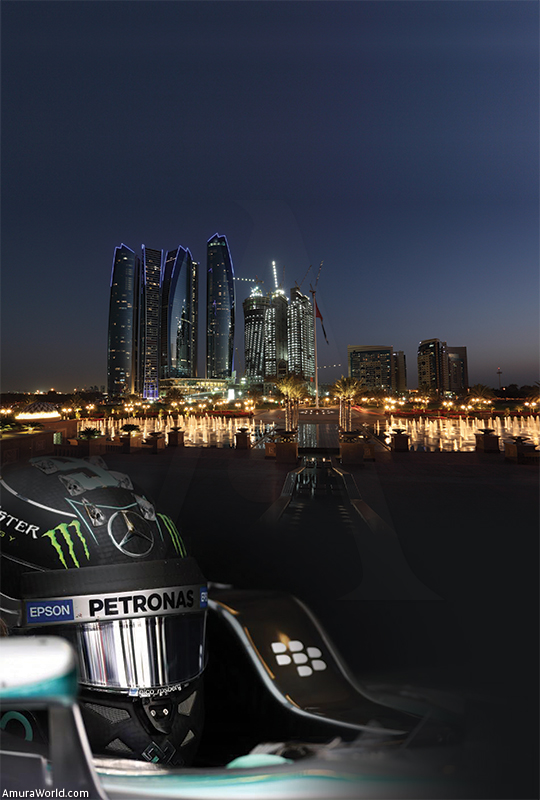 This race circuit opened it’s doors in October of 2004. It was created by Apex Circuit Design. Since the year 2006, the Dubai Autodrome is for the 24 hours of Dubai, event that focuses on the resistance of each automobile; this race is open to professional and semi professional teams.

The racetrack possesses over five kilometers of longitude and it’s one of the most modern circuits on Earth. This space represents a challenge for anyone who runs it thanks to its mixture of straight lines that demand high speed and it’s corners that require technical maneuvers.

This venue belongs to the Union Properties Motorcity Organization. The track has six different configurations and it was designed so three circuits could happen simultaneously -with high security standards-. Thanks to this particular characteristic the options of the users can be infinite. 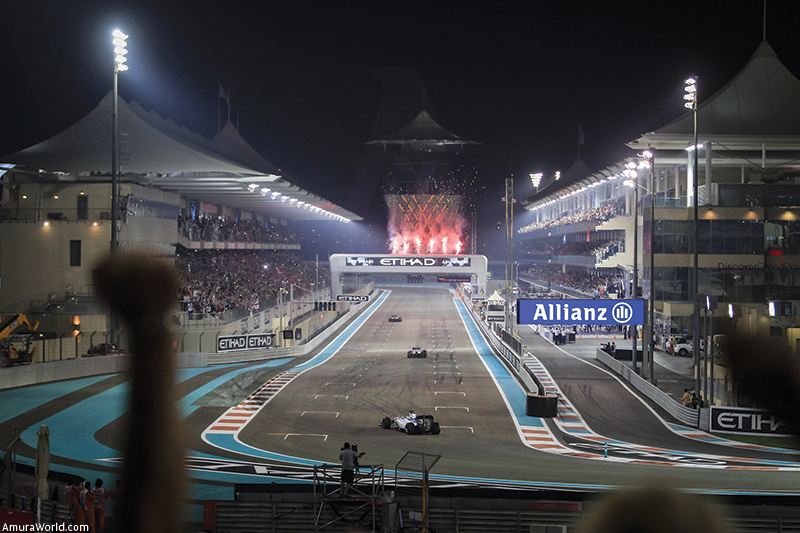 The Dubai Autodrome was built according to the most strict security measures. It’s the first circuit that is acknowledged by the Fédération Internationale de l’Automobile - or FIA, for its acronym in French-, due to the fact that it includes a denser asphalt density in the jumpstart areas. A system exists that grants absolute coverage of any section of the track; this system is connected to a control room where it is monitored, this includes a general recording of all the information; because of this, everything that happens on the racetrack, during an event or race can be watched.

The facilities are guarded by an ultra modern two storey complex that is in front of the tribune.It’s amenities constitute of a media center, a control room and a pit complex, a room where time is taken, auxiliary rooms and VIP suits. As well as a world class medical center that is located behind the pit area, for all the problems that may occur on the track in any main event.

Right behind the pits, a traditional paddock race area can be found, this sight is used by staff and team members. The Dubai Autodrome holds unique installations of it’s type so the VIP’s can enjoy the race in an elegant atmosphere. These suites grant guests with wonderful panoramic sights, due to the fact that they are located a few meters from the track.

The control authorities of the races are watched through a closed circuit system, same that monitors the entire event.The racetrack is coordinated by the most exigent international standards.

The management race center is the first of it’s kind in the Middle East. It attends to novice and experienced pilots. It’s the perfect venue for racers to but their skills to the test. Rooms for theoretical classes and training behind the wheel exist for future contendants to learn about the most innovative stirring techniques.

A Kartdome can also be found within the facilities, it has roofed and al fresco areas, as well as first class go-karts. The president of the Formula One, Bernie Ecclestone, has depicted Yas Marina Circuit as “One of the most thrilling racetracks I have ever seen”, which is one of the highest honors for the first F1 event of Etihad Airways in the Grand Prix of Abu Dhabi,which took place for the first time on November the 1st of 2009.

From impetuous section that mimic the streets of Singapore, to styles that evoke Monaco’s marina, Yas Marina Circuit served a wide range of challenges for the most seasoned drivers in the world. 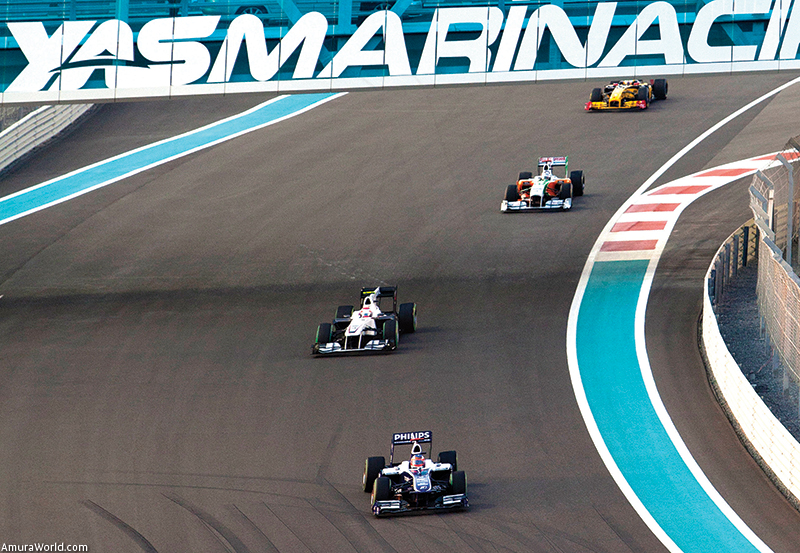 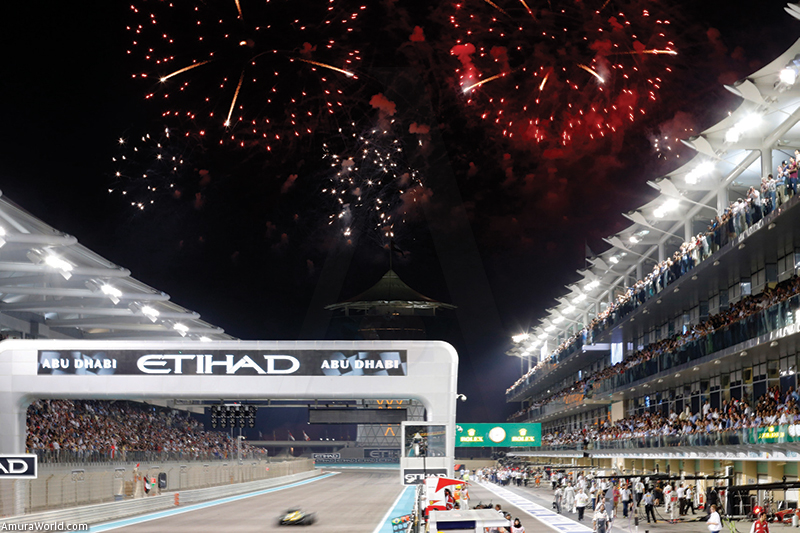 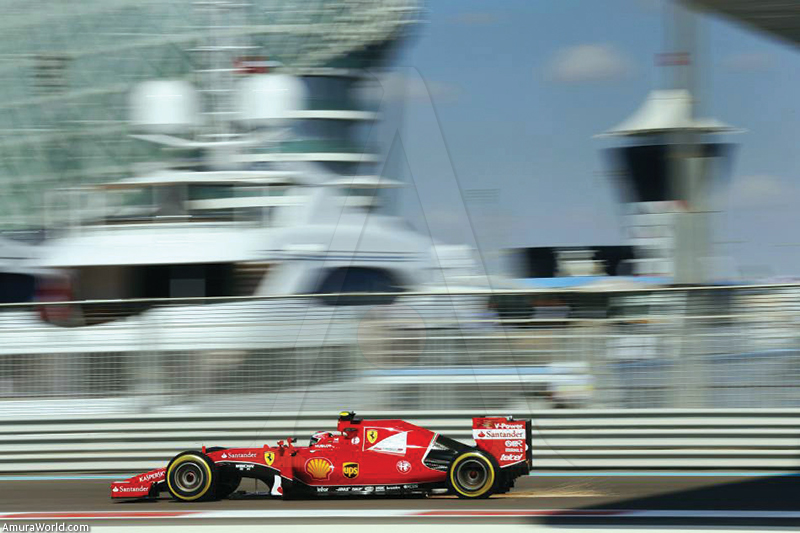 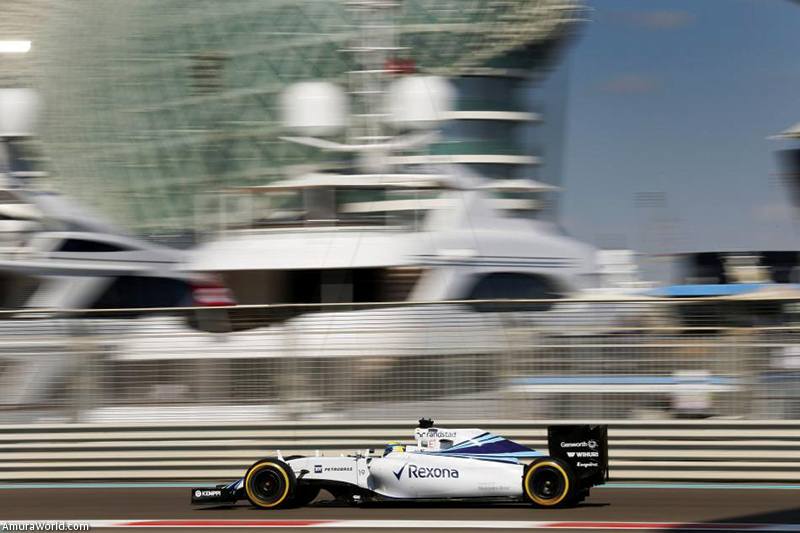 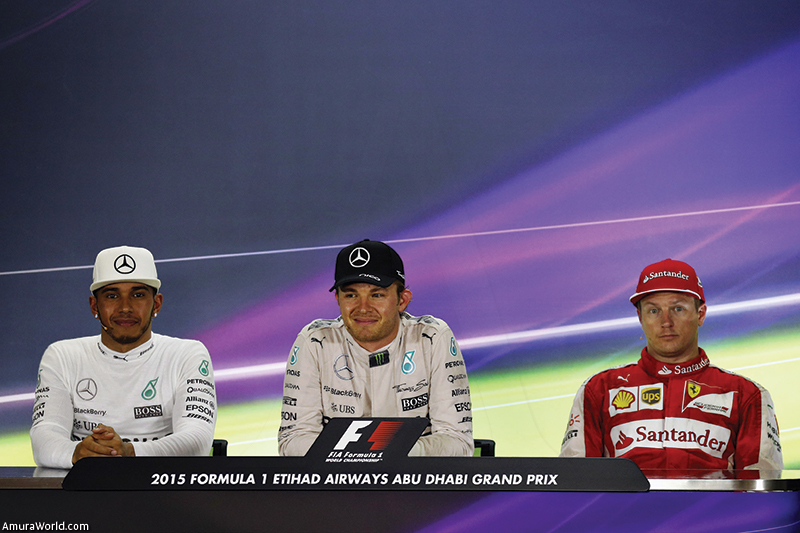 Pilots in the desert

As if an exact replica of the last date emerged, Nico Rosberg has managed to form part of the head of this race, leaving once again the second place to Lewis Hamilton -Hamilton achieved the swiftest circuit lap in only 1 m 44.517s- and Kimi Raikkonen. This is Rosberg’s sixth season win, regarding the beginning of the F1 calendar in Australia’s next year, he comentado:

“I’m thrilled for how things have turned out in the end of the season. Next year can come right now. If it was for me it would start tomorrow, I have no problem, I don’t need holidays. It’s great to finish a season like this.” The German said showing his pride for turning victorious in the last races.

On the other hand, Hamilton thanked his team, despite not being the most optimate for the British. Who in 2014 was crowned three times champion with Mercedes: “I’m sure that next year will also be great. I’m sure that the team will created a fantastic car again. We are conscious of the threat the boys in red portray and we don’t want them so close; we will give it our all during winter. For my part, I will try to maintain my current shape to start next year.” He also thanked his team for forming part of this story:  “It has been an amazing year, I am glad that it’s over so we can enjoy it. I have to take my hat off before this team, who once again has made an amazing job building this car. The pit stops today, the performance during all year, have surpassed their own expectations, our too, and he have demonstrated that Mercedes is the best team in the world. I am really proud of being able to form a part of it.” he said.

Kimi Raikkonen -who occupied the third place with 19.4 second more than Rosberg-, believes he has begun this season in top shape, but it hasn’t been an ideal year: “Sometimes it’s just how it goes. The speed was there, but problems and mistakes were there too. At the end the result hasn’t been very good but today, or this weekend, it has been a bit better. Everything has worked well and things have been calm, the stirring of the car was good, although not good enough to take down these two. We gave it our best”. He concludes. This victory has been the third consecutive for the German; this grants him great impulse for starting 2016 after Hamilton won last year the title of “best pilot”. The British tried a good strategy with the purpose of beating his teammate, but Rosberg had a lot of hand space.

Hamilton’s determination was to arrive to his final race with the champion title and avoid that the German ran five consecutive posts and achieve two victories. However, experimenting with the car’s set-up and adjusting the suspension before qualifying failed him, Rosberg defeated him for over 0.3 seconds. Rosberg managed to have a five second advantage before his first pitstop on lap number ten, but then Hamilton got closer by the second curve, closing the gap only to arrive one second later than Rosberg in his second pit stop at lap number 31.

Hamilton rolled his dice-him and engineer Peter Bonnington decided to delay his second stop to make him run faster for shorter distances before his last tire change. This decision was taken due to the inability of Hamilton of taking advantage of Nico during the previous two circuits in Mexico and Brazil. The idea was to allow Hamilton a new set of wheels before Rosberg for the final laps; that way, he would have a better opportunity for taking the lead. The British made his final pit stop on round 41, joining after 11.5 seconds later than his teammate, who needed a couple more laps to finish the race.

Without a doubt we are eager to see what will happen in the next overture date of the Formula One for 2016. Australia, we can’t wait.