An Byeong Hun won the PGA Championship in Europe 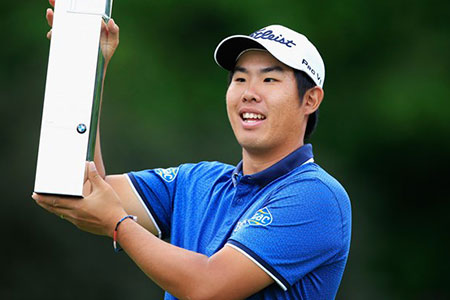 23-year-old South Korean An Byeong Hun won its first victory in the most PGA Tour in Europe.

Six strokes ahead of the Spanish Miguel Angel Jimenez and Thai Thongchai Jaidee, Byeong Hun victory EuropeanTour this important tournament, which was played in the English camp was Wentworth; 267 total punches in four rounds, 71, 64, 67 and 65, to be 21 under par, so beating by two shots the tournament record.

This win gives you a very comfortable position, since going from 132 to 60 in the world ranking, which gives the place to play in the US Open and the British Open.