What we should know about SPECTRE - What has James Bond encountered? 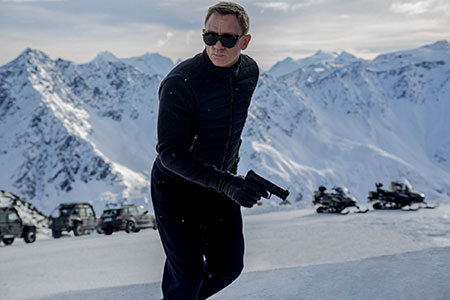 The day after yesterday was Spectre’s premiere in Latin America, the most recent delivery of the James Bond saga directed by Sam Mendes; filmed in Mexico City, London, Rome and the States. Despite being launched in London, Paris and Rome - in that order- now the cinema screens of Mexico are invaded by the most iconic and famous spy of all times, as well as sinister Spectre organization. But, where did it come from?

No spoilers intended, we are talking about an organization that used to be a small criminal group of dark intents. Being  leadered by Ernst Stavro Blofeld, it grows and begins to acquire power. Even it’s name is an acronym for Special Executive for Counter-intelligence, Terrorism, Revenge and Extortion. Spectre has it’s past, it appears in the novels of Ian Fleming, as well as other movies of the saga (for the first time in Dr. No and after in Thunderball, You Only Live Twice, On Her Majesty’s Secret Service and Diamonds Are Forever), as well as the 007 videogames.

The last reference made of Spectre in the James Bond  films was precisely made in Diamonds Are Forever, where in reality Blofeld makes an appearance and apparently the organization has been dismantled. Now, Ernst Stavro Blofeld is interpreted by Christoph Waltz, which makes him the most energetic arch enemy that James Bond must defeat, brought to life currently by Daniel Craig. What kind of atrocities will Spectre achieve in 2015 and under what predicaments will 007 be exposed to?  We can’t wait to find out...