Abraham Ancer, the Mexican golfer champion in the PGA Tour-nament 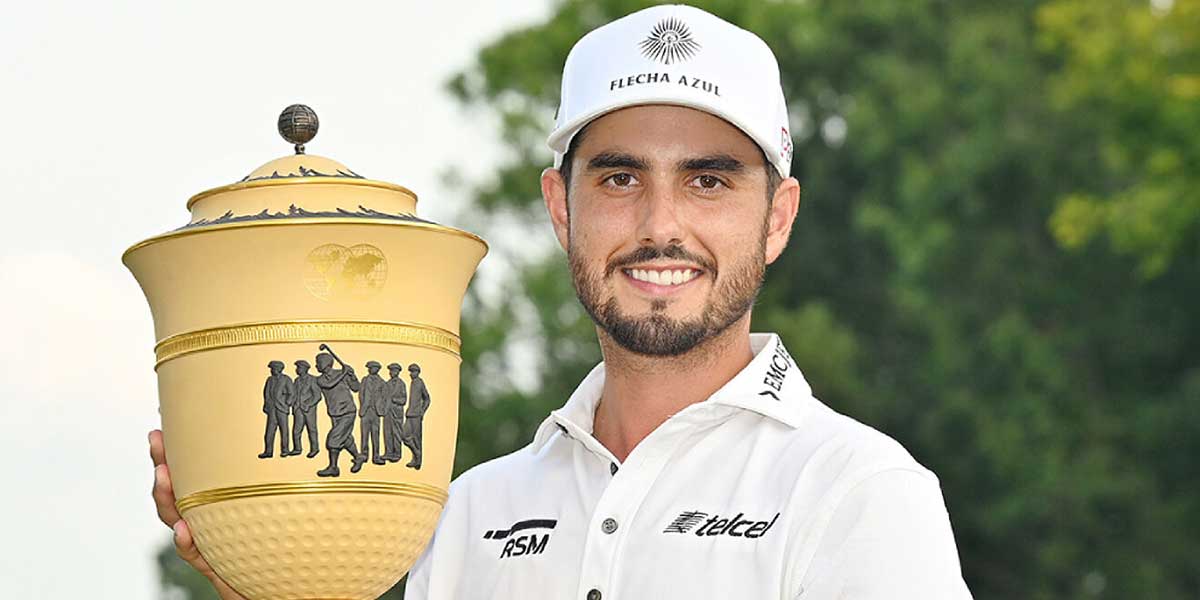 The golfer was proclaimed champion at the World Golf Championship FedEx St. Jude Invitational, which allowed him to move up to 11th place in the PGA Tour World Ranking.

Faced with a three-way tie for first place between Abraham Ancer, Japan’s Hikeki Matsuyama, and the American Sam Burns, it was the former who won in the playoffs.

After the three players completed 264 – 16 strokes, the playoff occurred on the par four 18th hole, giving the victory to Ancer, who won his first title un a world competition, becoming the second Mexican to win the PGA title in less than 12 months.

In this way, Abraham Ancer became the fourth Mexican to win in a PGA tournament, after César Sanudo (1970) in the Azalea Open Invitational, Víctor Regalado (1981) in the Quad Cities Open, and Carlos Ortíz (2020) in the Houston Open.

With this victory, he displaced Jordan Spieth in the PGA ranking, remaining in the eleventh place. Meanwhile, it is the Spanish Jon Rahm who leads the list, followed by Dustin Johnson and Collin Marakawa, in second and third place respectively.

It should be noted that exactly one week ago, during his participation in the Tokio 2020 Olympic Games, Ancer was in tenth position, while Carlos Ortíz finished in 42nd.