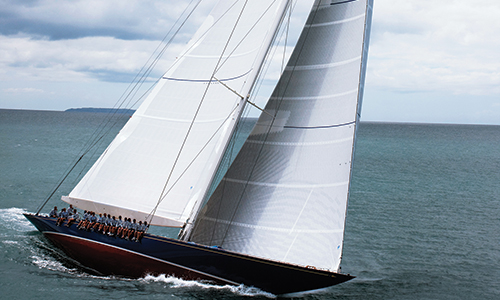 Sir Thomas Octave Murdoch Sopwith commissioned the construction of the Endeavour in order to face the 1934 America’s Cup challenge.

Sopwith was keen to ensure that this yacht had the most advanced features possible; with that and his experience in aircraft designing, Sopwith applied aviation technology to the Endeavour’s rig and winches, so as to make her the finest vessel of her day.

When entering the British racing fleet, she swept through it and into the hearts of yachtsmen around the world, by winning many races in her first season. Endeavour pioneered the development of the quadrilateral genoa, a two clewed headsail offering immense sail area and power, still used on J Class yachts racing today.

Sometime later, after having left to the US, she returned to England and dominated the British racing scene, until 1938 when she was forgotten prior to the war. 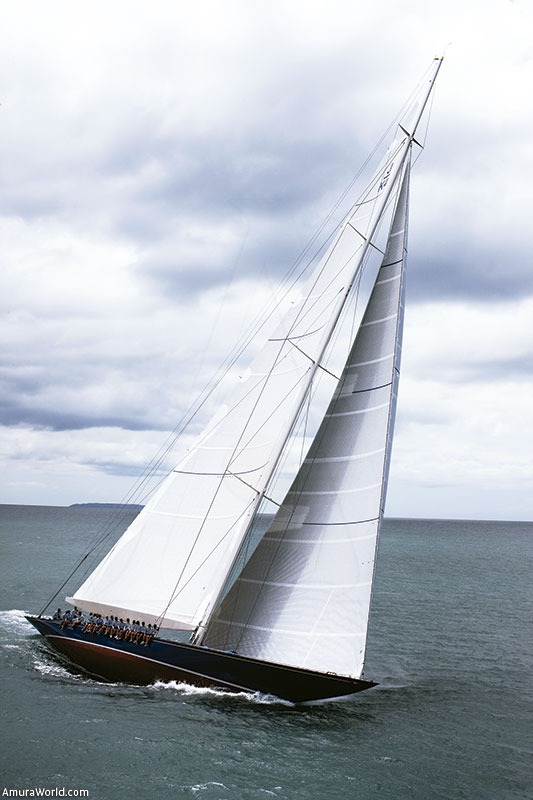 Over the next 46 years her fate often hung by a thread. Among other indignities, she was sold to a scrap merchant in 1947 only to be saved by another buyer hours before her demolition was about to begin. In the seventies, she sank in the Medina River in Cowes. Again at the eleventh hour, she was bought for ten sterling pounds by two carpenters who patched the holes in her hull with plastic bags and got her afloat again. In the early eighties, Endeavour anchored at Calshot Spit, an abandoned seaplane base fronting the Solent. She was a complete wreck, a rusting and forlorn hulk with no keel, rudder, ballast or interior. 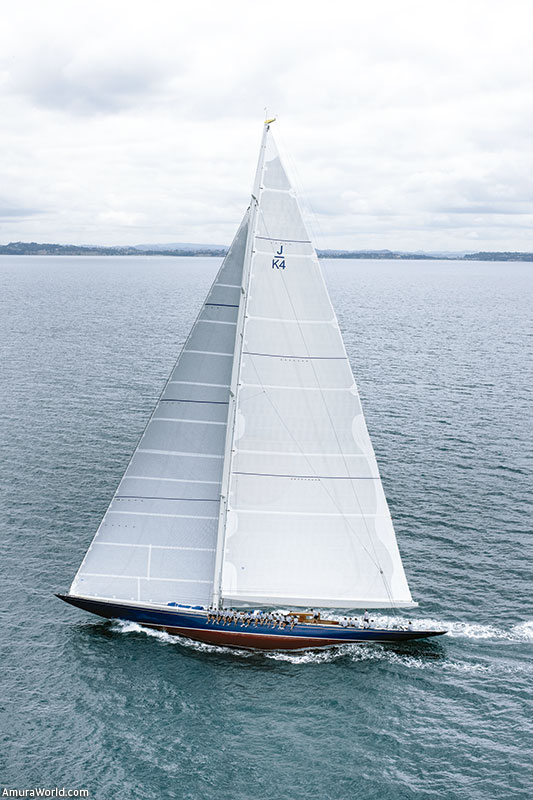 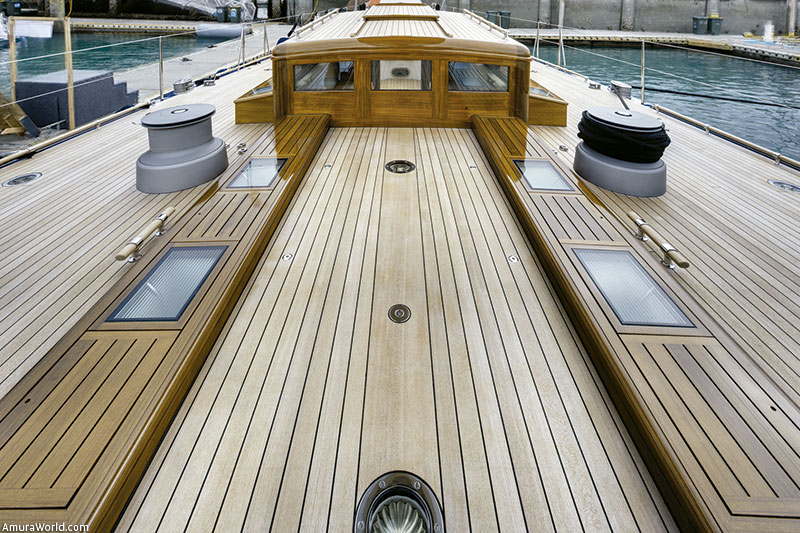 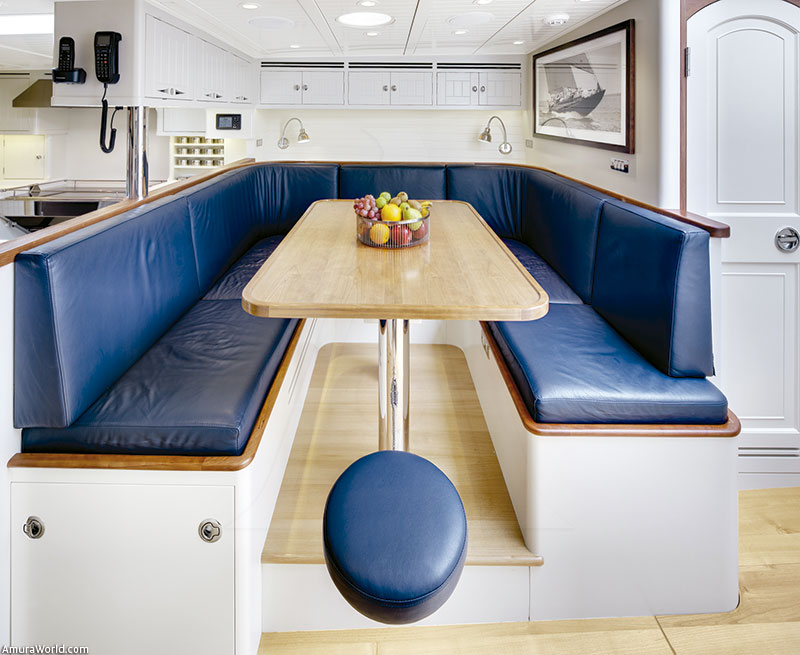 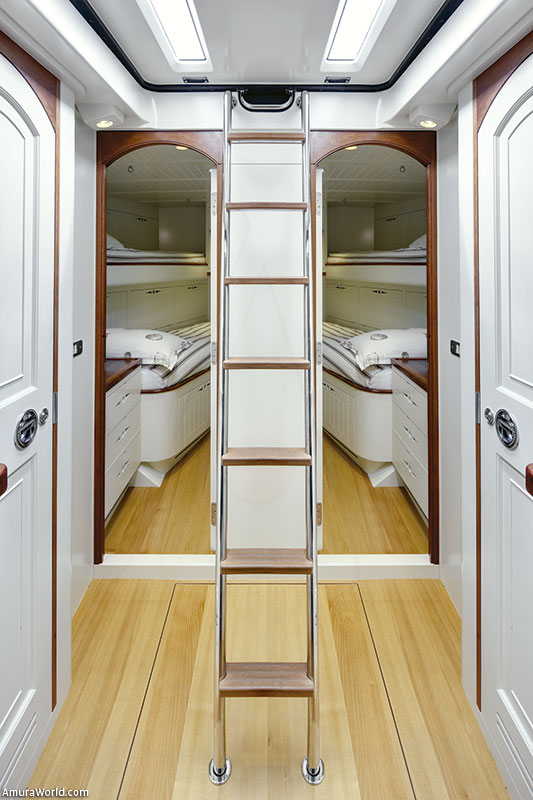 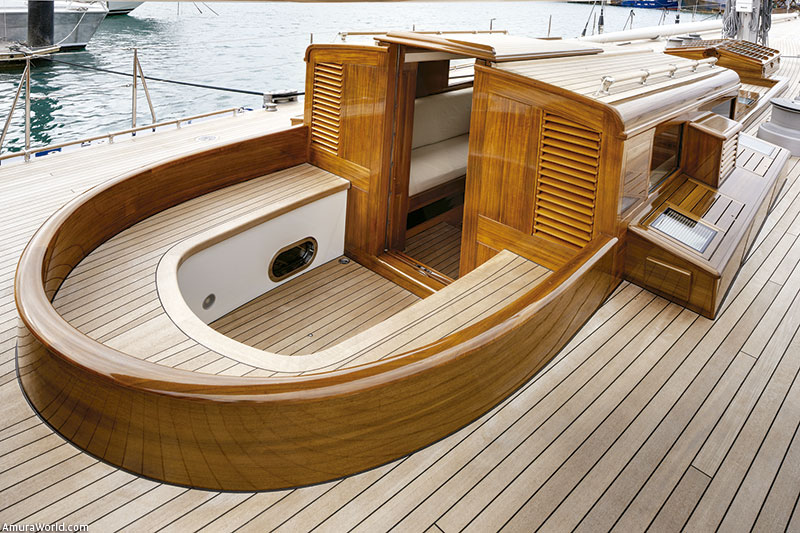 Eventually, in 2010 she underwent an extensive 18-month refit at Yachting Developments in New Zealand where it was pinpointed that the gearbox and propeller were intact; the steel deck framing was relocated to accommodate the new load paths of the new deck layout. Absolute care was taken throughout the refit to preserve as much of the original vessel as possible, while taking advantage of the twentieth century sailing systems, with an enhanced performance and an improved functionality. 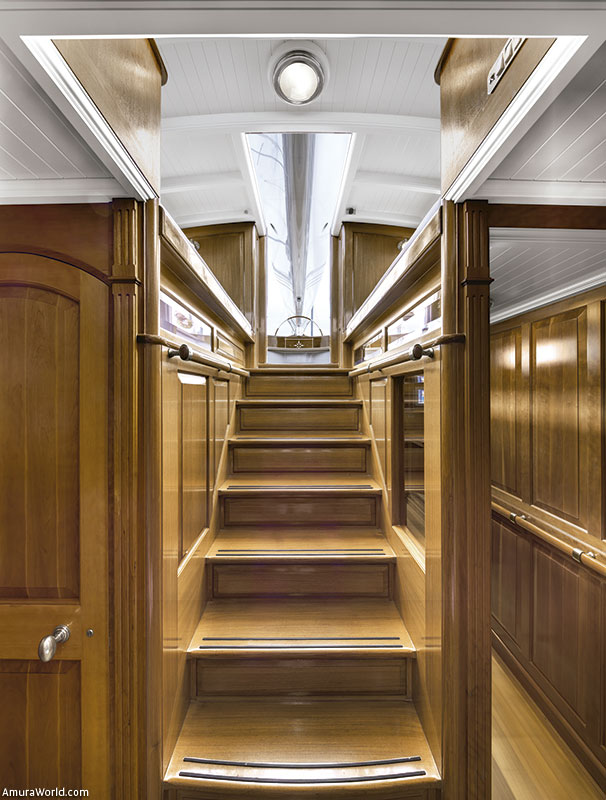 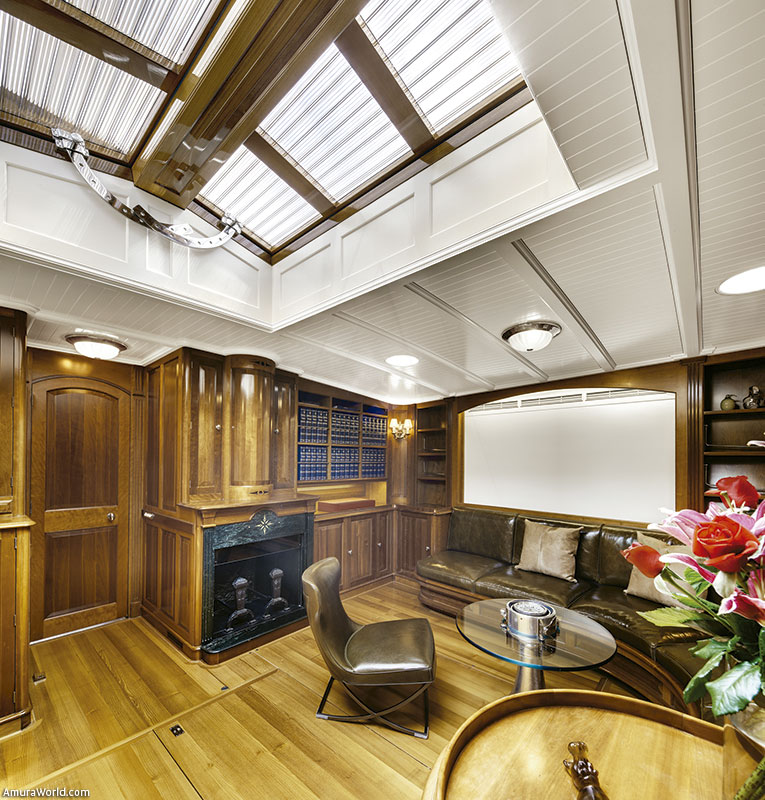 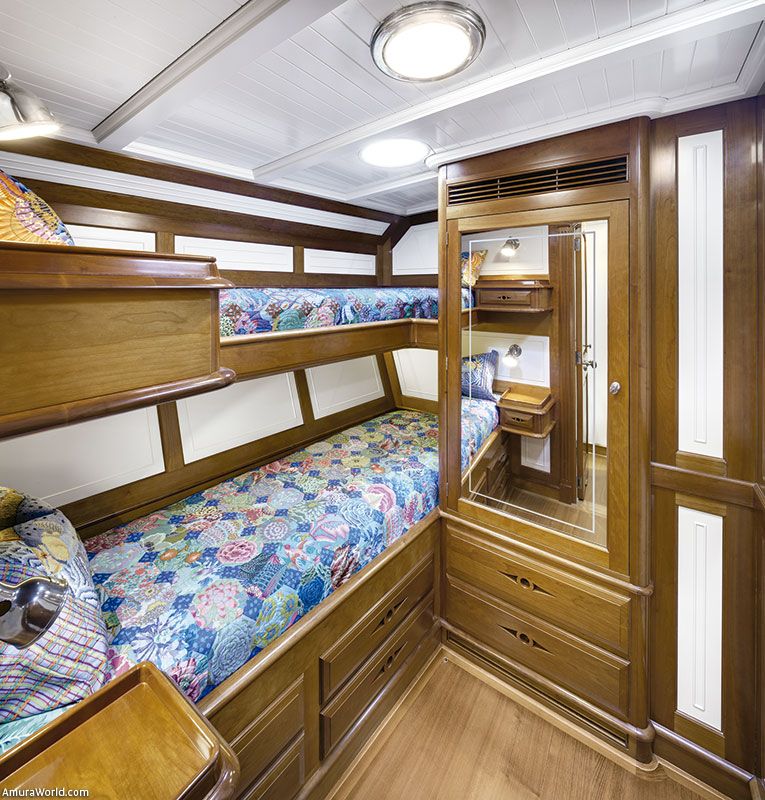 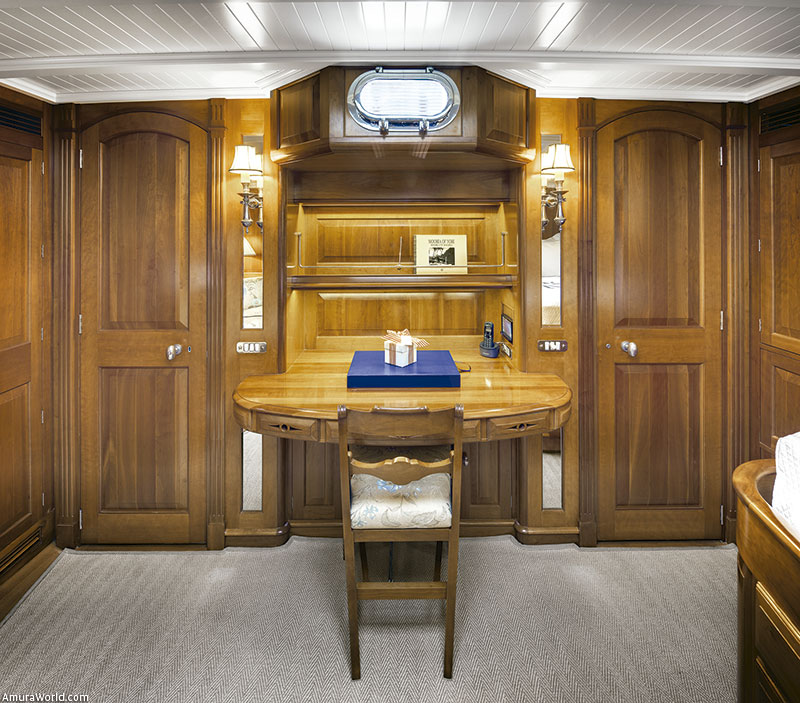 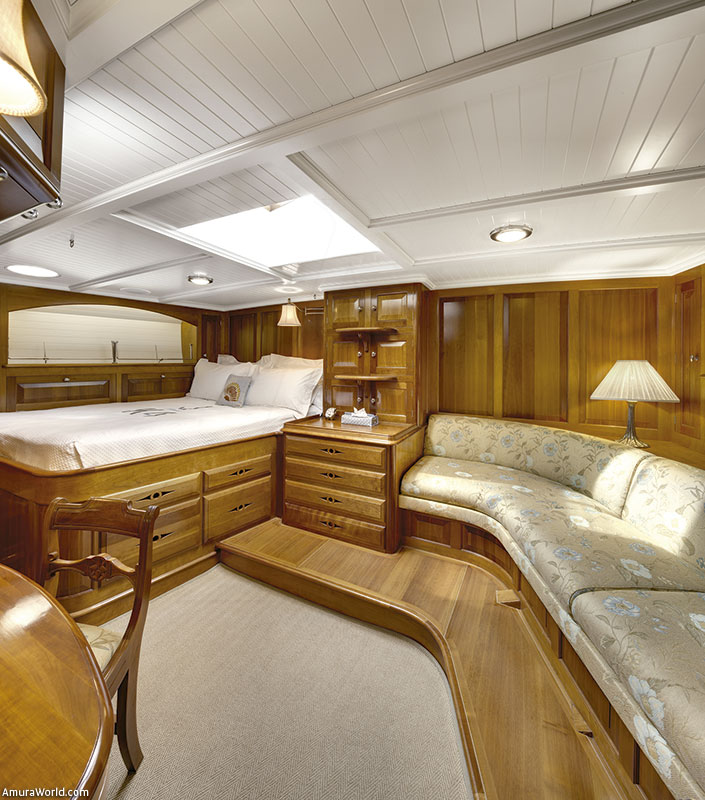 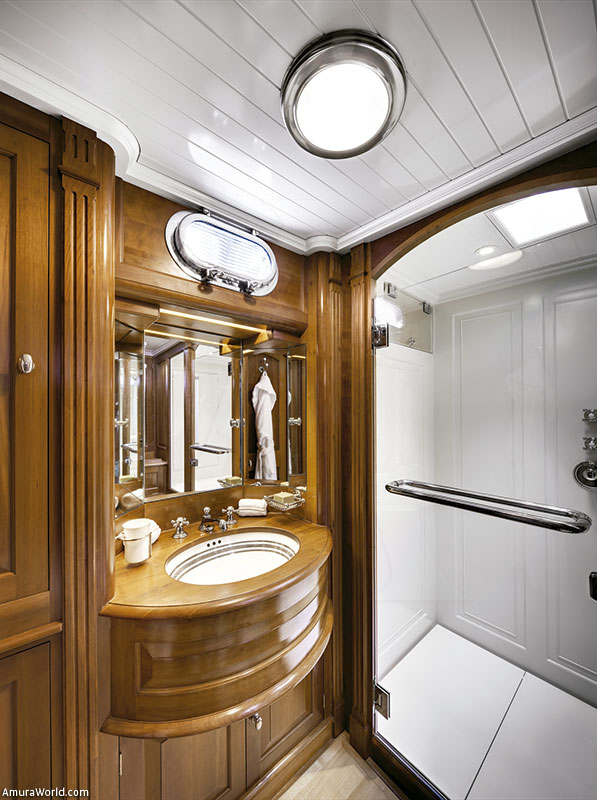 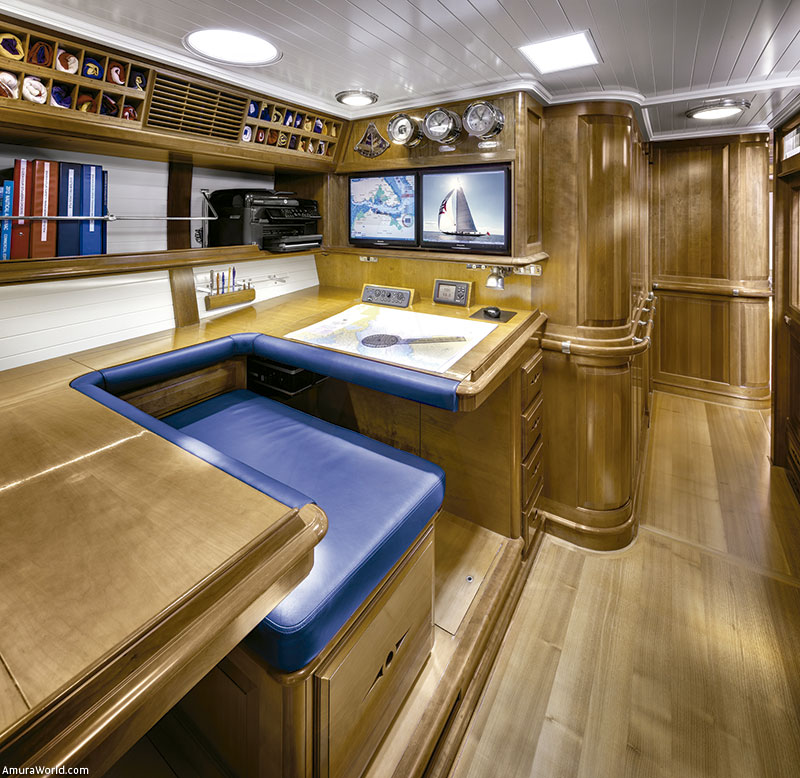 There has been a philosophy of longevity and serviceability throughout the refit in order to ensure that the Endeavour will remain the historic icon she today represents and lasts for future generations.

The comprehensive 18-month refit included the removal and replacement of the weather deck including entire deck equipment. The steel deck framing was relocated to accommodate load paths of the new deck layout.

After her refit she went straight to St. Barths in order to compete in the 2012 Bucket regatta, and ended up as the glorious champion. Her owner has used her privately and kept her in immaculate condition; after all, ia a 19,950,000 euro yacht.

Although she still carries the lines and workmanship of her original design, the sailing yacht is every inch modern with her aluminum mast and boom, hydraulic winches, bow thrusters, water-maker and advanced navigation and entertainment equipment.

Below her decks, this luxury sailing yacht is paneled in American cherry, beveled glass, nickel and aluminum plated fixtures; while her furnishings are a mix of wool, cotton and silk fabrics.

Her four cabins are divided in an indulgent king size berth, two queen size rooms and a twin cabin. Each features a suite bathroom with heated towel racks, while the master suite also houses an over-sized bath tub.

Among her amenities she is equipped with an entertainment system and a movie collection; the same as water toys to provide endless entertainment during any yacht charter; onboard: can be found in its interior an inflatable dinghy, windsurfers, a dive compressor, and a range of scuba and snorkeling gear. This luxury yacht is excelent for cruises at nine knots while her crew-of-eight capacity ensures the needs of every guest are met.