With the consolidation of Greek culture came the first major expansion eminently colonial maritime history. Also with Greece became the first use of the ship as a weapon in war, especially in the battle of Salamis against the Persians. With the Greeks, the sea, sailing and boats became the protagonists of their civilization and the engine of development. Rome collected the benefits of Greek naval culture which dominated the Mediterranean from east to west, forming a nautical culture that lasted until the European Middle Ages.

The invasion of the Dorians

The invasion of Greece by the Dorians was, at its inception, primarily by land. Coming from various regions of the north, the Dorians were introduced gradually into Mycenaean society, initially as immigrants, only to finish staging a full-scale invasion. By invading the Peloponnese, the new settlers created three kingdoms around the year 1000 BC: Sparta, Argos and Misenia. In addition to causing significant displacement of Mycenaean people (several of which were probably the so-called Sea People), this invasion led to the organization of a new race, the Lonian. Lonians of the Peloponnesus were pushed north and took refuge in new cities, one of which was Athens in Attica, others migrated to the coast of Minor Asia in the east, where they cities founded had a great importance in the history of Greece. 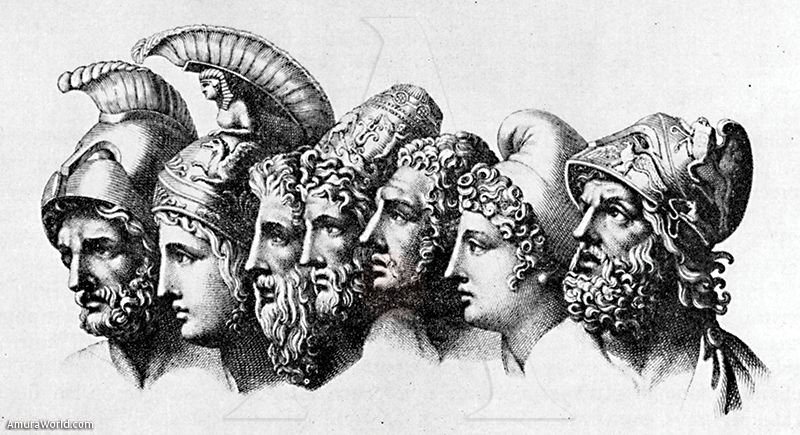 The dual power of the people Lonians and Dorians was extraordinarily impressive and it sent an important and decisive Message of the Greek history in the course of events that faced the Asian power that was being developed at that time in Mesopotamia: the Persians. The subsequent colonization of the west coast of modern Turkey also involved the staging of the first major confrontation between the so-called Western culture or “European” and the eastern or “Asian”. The Dorians were displaced to the southeast, reaching Rhodes and Halicarnassus. All colonial cities of the coast of Anatolia, both of Lonians and Dorians, which settled in places where the sea breeze could be reached, that is, at a distance never exceeding 30 km.

The Iron Age and shipbuilding

Historians called the “Dark Ages” of Greece a long period of nearly 400 years, which followed the great Dorian invasion, the cultural references were not after the final destruction of the Mycenaean civilization. One of the causes for devastation of this village was most likely the domain of the metallurgy of iron with the Dorians, knowledge that gave them a significant military superiority against weapons of Mycenaean bronze. In fact, after the invasion of the Dorians Iron Age began in Europe, which marked the end of the Bronze Age and a profound economic and social change, as well as military and naval. Although iron is abundant in Greece in greater proportion than tin and copper, the technical difficulties which its extraction presented, as well as the smelting and processing were the cause of it to take a long time to be used on a large scale. The Dorians learned ironworking probably of the Hittites, who were surely the first to develop a secret in its rich deposits of the Caucasus. After the fall of the Hittite Empire, knowledge of the art of wrought iron spread to larger areas, such as Syria, Palestine, Anatolia and Persia. 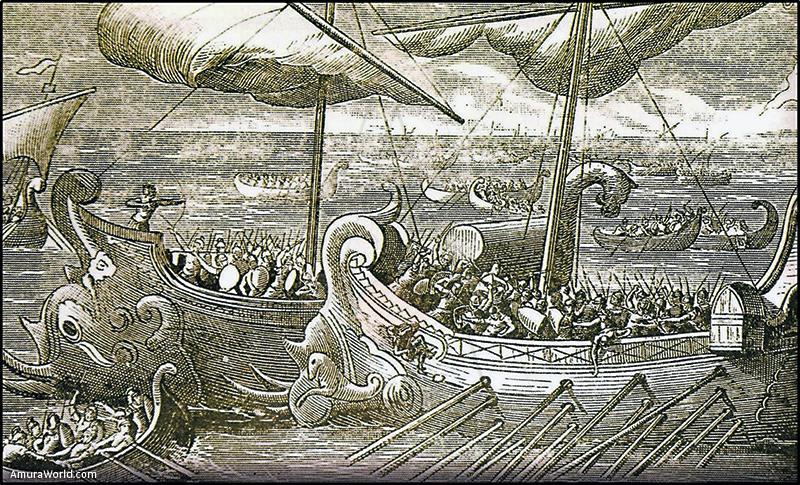 The use of iron not only provided new and more powerful weapons, but gave a big boost to agriculture and crafts with resistant tools and shipbuilding which provided decisive elements for expansion: the spot and the ax. With the use of nails and iron bolts they could firmly establish the various elements of the skeleton of a ship and its planking, this method allowed to gradually move from building to “start by the lining”, which was built first by planking and then by inserting it into this skeleton formed by the keel and frames, to “the first frames”, in which the skeleton was assembled first and then with the planking rawhide. With iron axes and saws improved logging needed to build large-scale vessels. 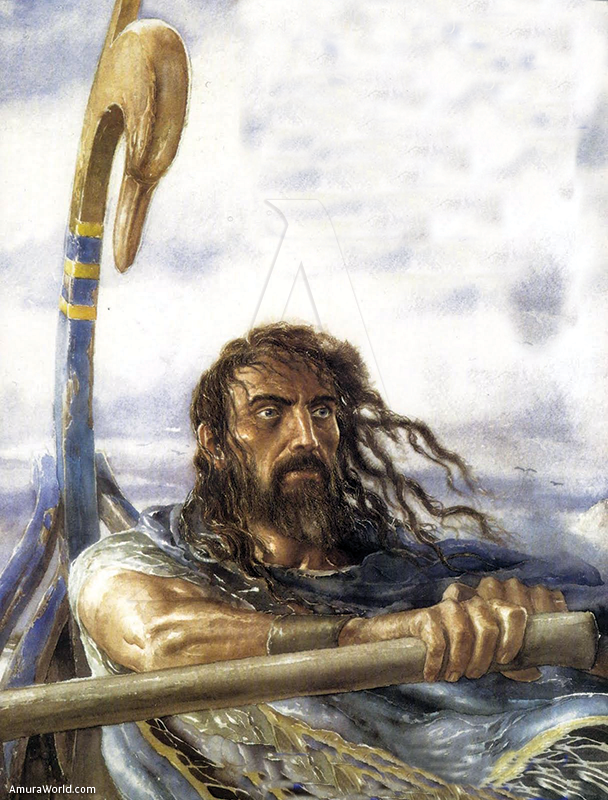 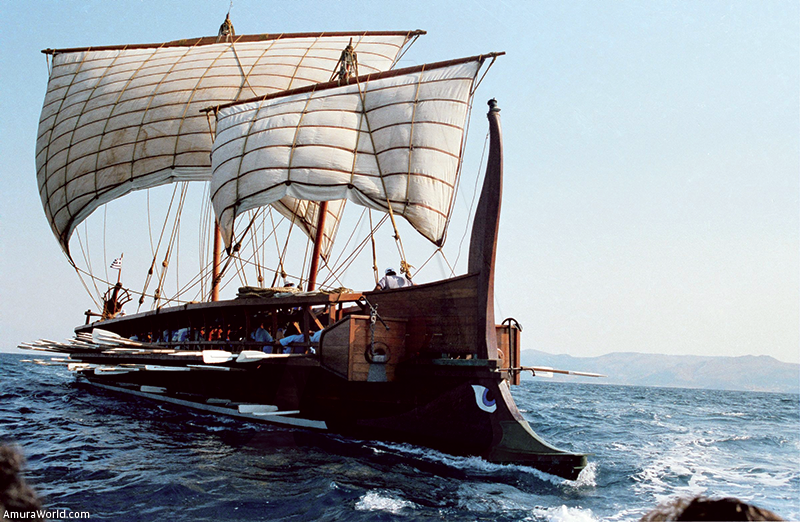 The commercial control of the Mediterranean

In all these colonies, Mediterranean maritime communication was a priority in the relationship between them and the metropolis. It established a major commercial traffic and as rivals they only had the Phoenicians, who were already in decline by then, although, paradoxically, were the ones who staged the most daring expeditions of the era, such as King Himilcon and Hanno. Throughout the Mediterranean, the Greeks were selling high-end manufacturing (ceramics, bronzes, textiles, perfumes, jewelry, oil, wine...) and bought cereals, all types of metals and raw materials. During this time of expansion, the Greeks, while remaining separate and independent of each other, became aware of their cultural, religious and ethnic unity against other civilizations.

Marseille, as a colony of Greece, competed with Carthage, a Phoenician colony to maintain its supremacy in the western Mediterranean and achieve commercial lock to control access to the lands beyond the Pillars of Hercules.

Taking advantage of the stability period which happened during the height of the conquests of Alexander the Great in 332 BC (when the great Macedonian king had conquered the city of Tyre, the Phoenician capital), the Marseille is proposed to extend their business prospects to the northern European markets, which had been surveyed by the Phoenician expeditions of King Himilcon and Hanno, a Carthaginian general. Greek colonists sought, above all, to get rid of the heavy tolls imposed by the Carthaginians in the land routes from Africa and out in search of tin that was in northern Europe.

Expeditions were organized: the Eutimenes, to the Atlantic coast of Africa, and Pytheas, following the route of Himilcon, set  to rich amber and tin deposits. Pytheas had made a special request: find the course, a route that would link the sea called Hiperboreal (now Baltic) to the Black Sea through the rivers of Russia today. This assumption was based on stories and legends, but, if present, meant an alternative to passing the Strait of Gibraltar. 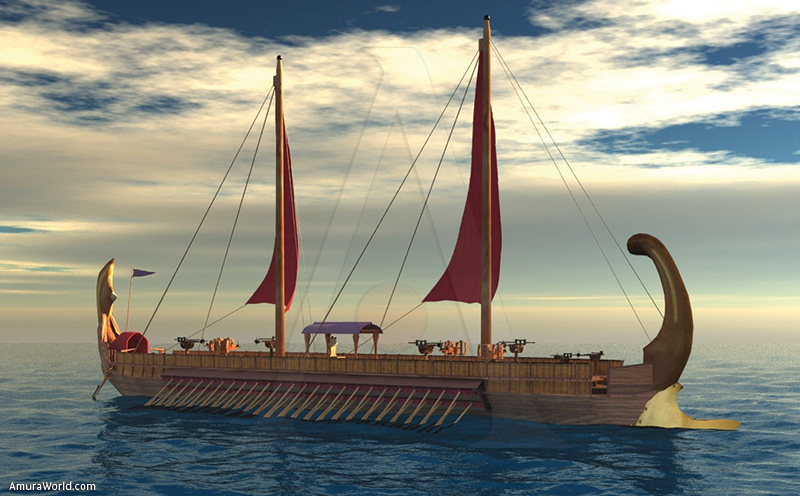 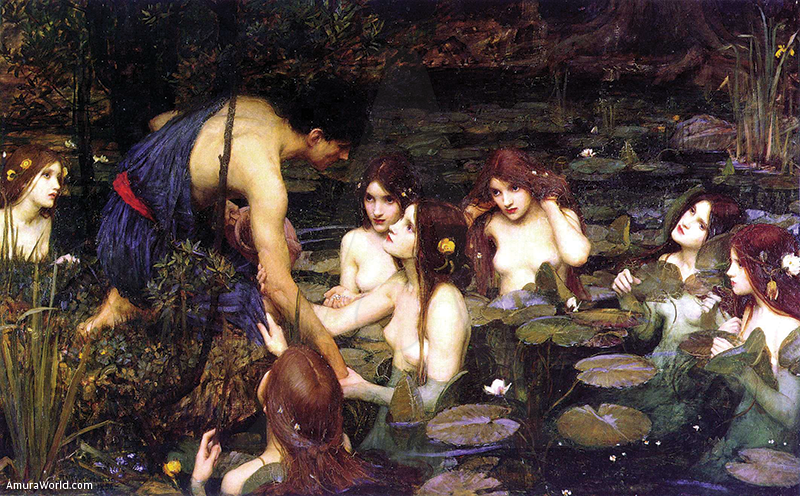 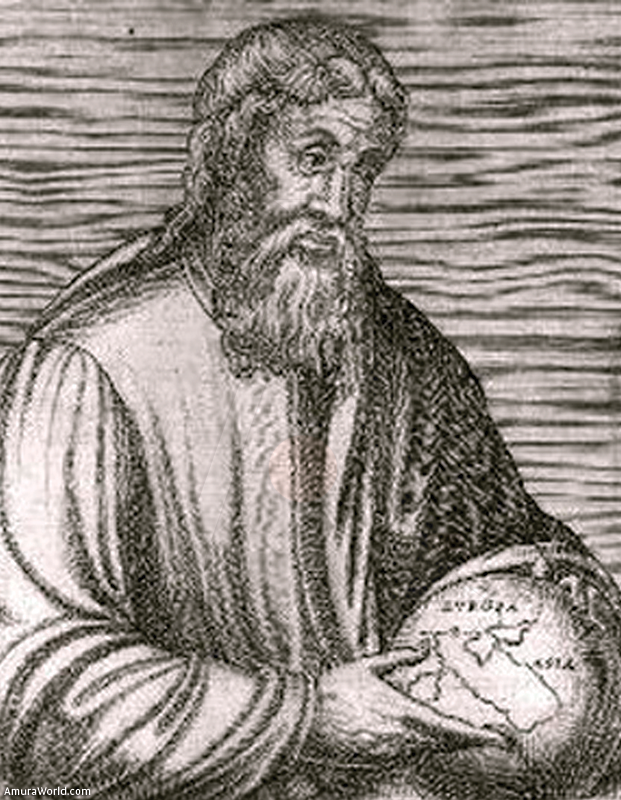 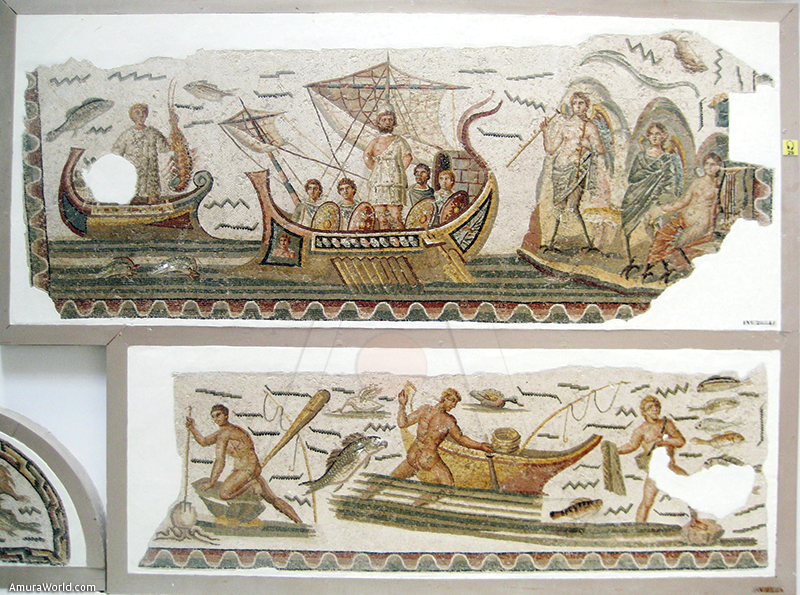 Pytheas and Eutimenes: The Mediterranean overture

Greek colonial expansion spread across the Mediterranean and the Black Sea, competing with the Phoenician, who only maintained its power through Carthage. The journey of Pytheas began in 327 BC, from the Mediterranean to the Atlantic.

The Pytheas boat was built with the assistance of the Celts, patrons of Marseille. It was a penteconter, a galley developed by the Carthaginians who had a single order of 50 oars. The vessel was about 30 meters long and had a square sail in the center, incorporating forward a sail developed just 50 years before in the Athenian triremes. The boat had its bow high toughness necessary to withstand the waves, and inner compartments were prepared to resist the cold.

Pytheas was a mathematician and astronomer, but, above all, a lover of the sea and sailing. A man of science and great bravery and courage, with this trip it was intended to prove his theories on the ecliptic (Earth ‘s orbit around the Sun), the spherical shape of the Earth and the idea of the latitudes. Pytheas measured with a simple sundial inclination of the ecliptic and calculated the latitude of his hometown with an error of only eleven miles. He also knew the diversion of the North Star, then called “Phoenician star” in the geographic pole. We can say that Pytheas was the first scientific explorer. Also at that time a dilemma greatly concerned astronomers and scientists: Was there a tract of land where the day was not to night and vice versa? This issue had been exposed by Northern European Celts merchants, who in turn had engaged in trade with people living further north, near the mysterious Hiperboreal sea. These men claimed that during the summer, no night existed in this area, nor in the winter daylight appeared.

These statements were considered to be unsubstantiated legends by many of the astronomers of the time. But Pytheas was a maverick who moved a deep scientific spirit, and one of the reasons for the trip was to check the veracity of the day without night, a fact that would confirm his theories about the curvature of the Earth. When given the task of the expedition to the north to open a possible “eastern route”, there was a division of opinion among the Marseille leaders who financed the expedition. Most were interested in the priority for trade benefits, and scientific proposals Pytheas made them suspect that their interests would be relegated to the background of the expedition. 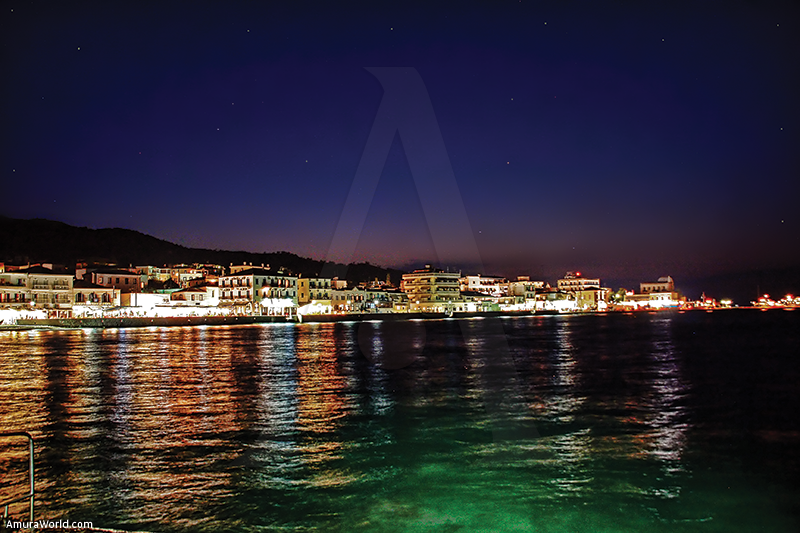 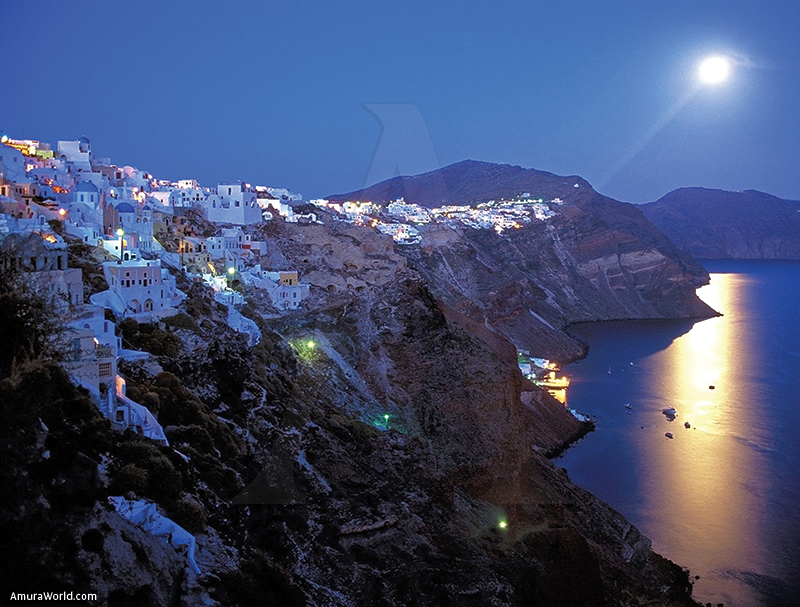 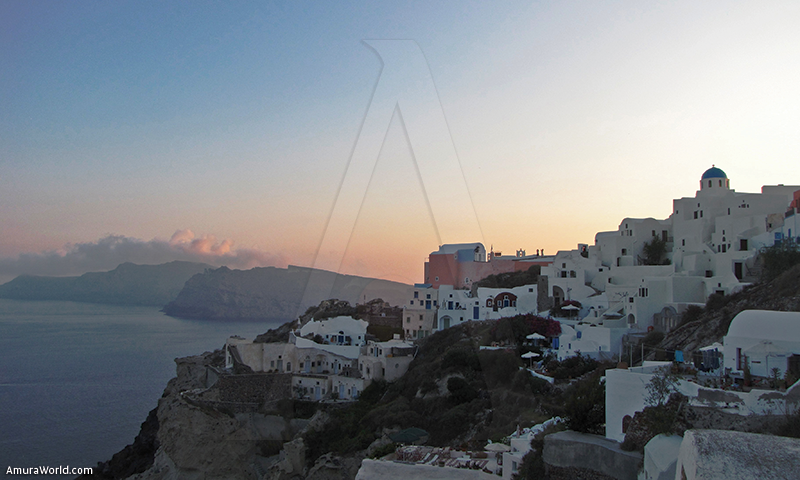 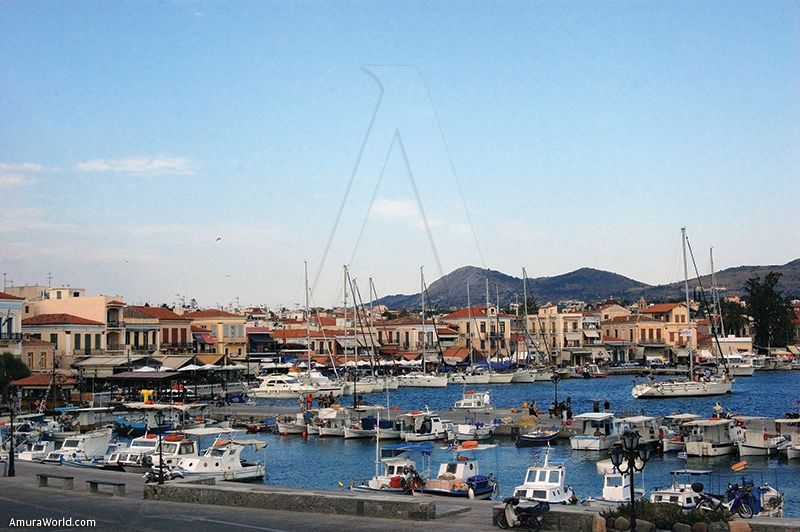 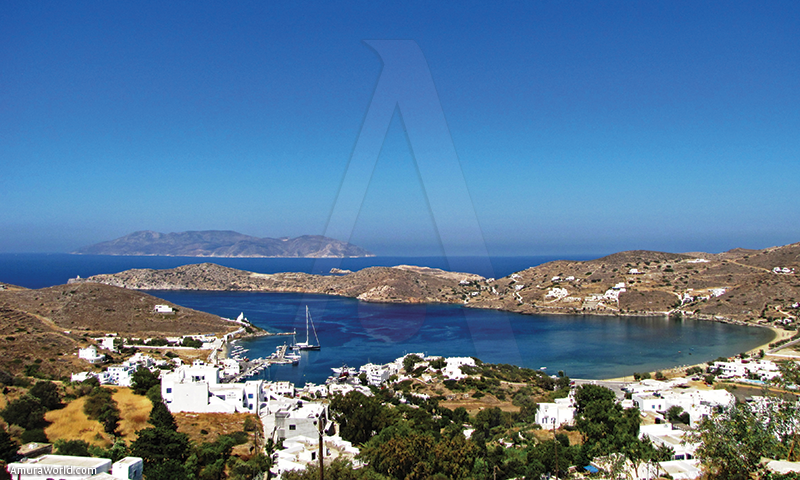 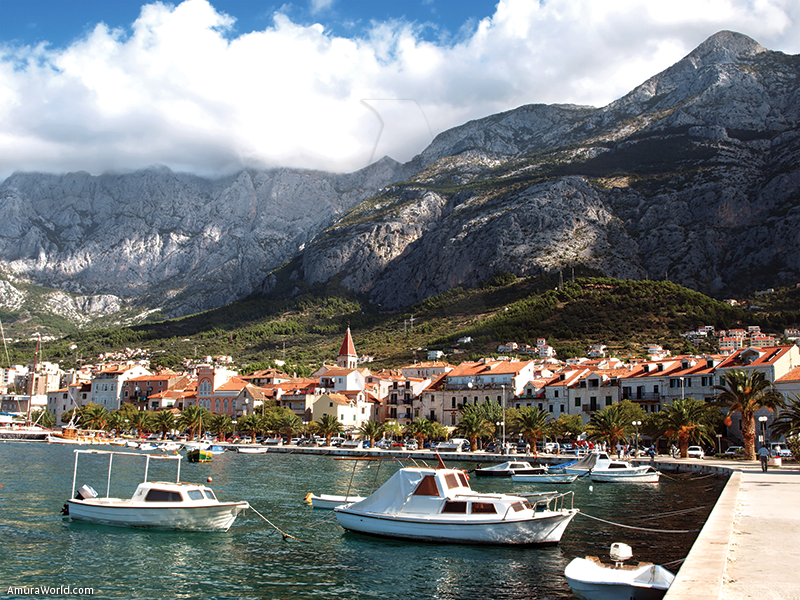 Pytheas set out from Marseilles in the spring of 327 BC and, after reaching several Greek markets in the Leon Gulf, including Ampurias, head down to the Straits of Gibraltar, which was grossed on the twelfth day of the trip. After tracing the Portuguese coast and rounding Cape Finisterre, he went to the island of Ouessant, where he made a brief stop. Then crossed the Channel, reaching the Isle of Wight. Later, he rallied the east coast of England and Scotland aside, reaching the legendary island of Thule (Iceland) to which he arrived in June. Pytheas wrote in his diaries to verify the existence of the “day without night”. He then arrived to Norway and into the Baltic, described in his notes as an outlet that could well be the Niemen River. He found no rout (or didn’t spend enough time looking) due to the difficulty of navigating between ice, and returned to Marseille coasting Normandy and Brittany. He arrived within six months from the start of his journey, during which he travelled about 9,000 miles. At his return, with no tin and without finding the “narrow strait” that had been entrusted, Pytheas was considered a commercial failure and was severely criticized.

Around the ocean: A wonderful voyage

The journey of the mathematician and astronomer Pytheas (327 BC) had an incalculable scientific value, although he did not discover the desired geographical rout by Russia, he discovered the cause of the tides and reported the existence of the British, the Goths and the Germans, villages that had only vague references at the moment. Moreover, from the naval point of view, the trip was a success, as his boat perfectly withstood the toughest climates and the crew was well fed and cared for thanks to a well calculated supply logistics.

Pytheas also demystifies the perils of the Atlantic between the sailors of the time, which was not liked by the Carthaginians, who were keeping the frightening legends about this ocean. When he arrived, apparently with nothing, Pytheas was criticized, and when he said he had seen the “day without night” people did not believe him and branded him as a liar. Unfortunately, his work “Around the ocean” was lost during the fire of the library of Alexandria. 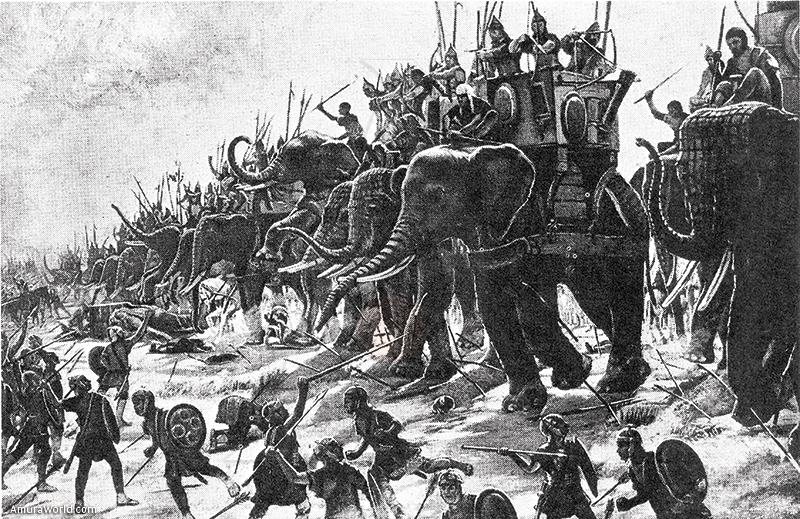 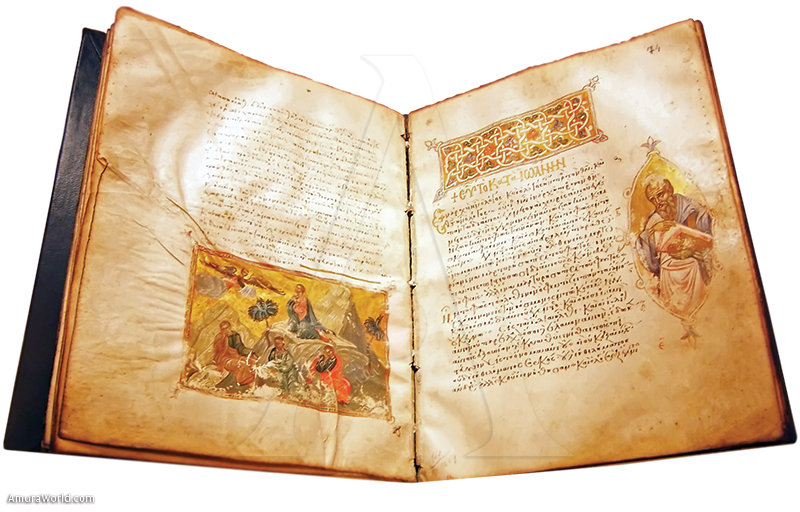 Eutimenes’s trip was much less talked about and did not report any commercial benefit either. The expedition took place around the year 350 BC, and he is known to be the sailor, he came down the African coast to get to Senegal. He had problems with Carthaginian settlements in the area and also returned empty handed, but, as with the journey of Pytheas, he helped open the Mediterranean beyond the Pillars of Hercules.

The sea’s almost absolute prominence in the expansion of Greece made everything about boating permeated in the political, social and cultural life of their citizens. Because of the overseas colonies and public affairs that Greece kept, in Athens citizens and their servants learned as a fundamental part of their obligations to use the paddle and the basic principles of the maneuver of a square sail, as well as the language of the sea. All Athenian citizens of a certain social level were forced to serve as captains of triremes and to finance the costs of the ships.