The winter is the longest season. The first snow falls in the middle of September, the lakes, the rivers and the bays freeze. The winter magic begins. The temperatures descend from -25 to -40 °C. The sky often is blue but the weather can change in seconds, and storms appear in a blink. The sun comes out for a few hours. The night seems eternal and it is freezing, with a sky filled with stars. And suddenly the Northern Stars appear with green, pink and purple colors.

During the summer the days are longer, the snow eclipses. In June, the lakes defrost, and the mosquitoes appear. The night is brief, the sun lowers in the horizon and disappears for some minutes leaving its shining, and the stars cannot be appreciated. Is the season to observe the caribous and their offspring’s, the bird’s migration, like ducks and goose, the migration of salmons, from the lakes to the sea, and the arrival of the whales. 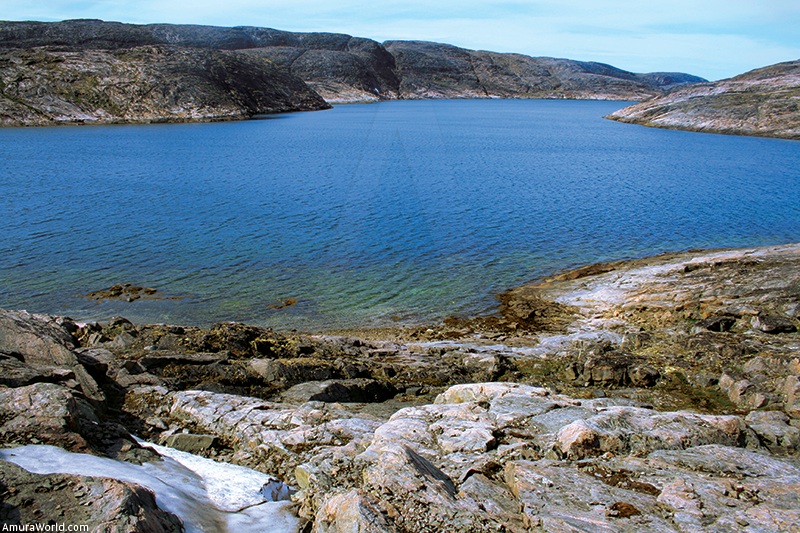 In August, the artic flowers burst in live colors, and soon the fruits are harvested. There have been 433 different plants registered in this world of the long shadows, for example, achilles, anemones, carex, chamerion, eriophorum, bulrush, minuartias, reticulates, rhododendrons, and saxifrages. They grow and blossom in this short summer, flooding the tundra with color, inviting the insects to find their food. The magic of the summer is in the air and the Inuit’s install their camps.