Boat Characteristics
The total sum of romance, sensuality and pleasure is found on the Fast Outlaw. Made for enjoyment, this is a boat that surpasses all expectations. It has two lavishly equipped staterooms and an entertainment center. On the bow and stern, huge pillows await sailors who, from the electronic command bridge, will be inspired by nature, Built by Mckinna in 1999, it has two 800 HP engines and is 60’ long, which recalls the Sunseker Predator 60’.

Arriving at Playa del Amor, going past the wonderful Arco de los Cabos, spending priceless time with the sea lions and experiencing the magic of Bahía de Santa María and its coral reef with just a simple dive or with the equipment of choice: snorkel, free dive or special Huka... this is the route that leads to exciting sensations. Afterwards, enjoy a fine lunch and a select variety of wines. 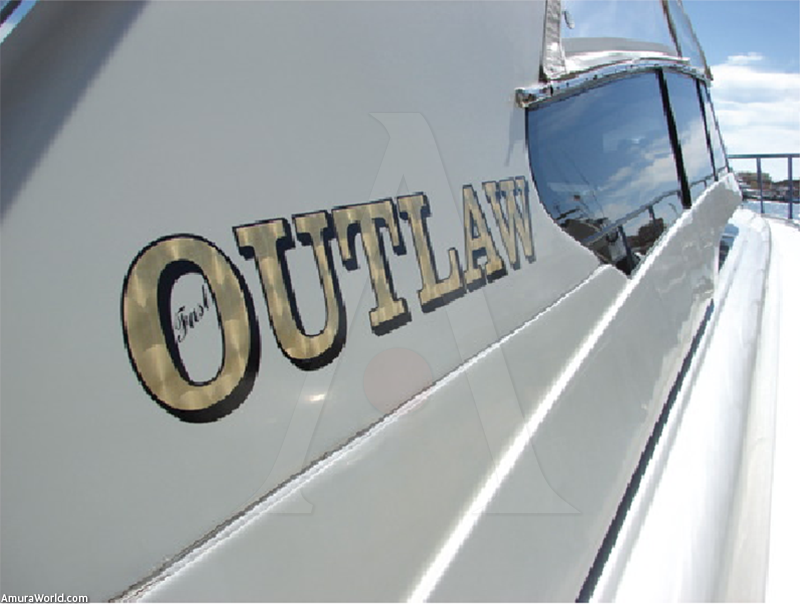 Another tour option, in Fast Outlaw style, is going in search of whales and having the chance to spend time with them. You will surely experience, with deep emotion, the particular force that demands respect when faced with that, which is unique.

And, of course, a sunset aboard the Fast Outlaw is an event not to be missed. Only then can one understand the meaning of freedom, power and romance. Indeed, it is an encounter with creation.

Anecdote
The big moment had arrived: the sun was almost touching the sea, a tray full of rose petals concealed a little box wrapped in blue paper and with a white ribbon; champagne, Schubert’s Ave Maria and a promise of eternal love.

My plan advanced with perfection: Sandra held the tray with one hand and played with a thousand and one petals with the other. With the camera ready, I approached and told her that her dreams would come true if she threw the petals, one by one, into the wind. As I spoke, Christopher slowly came closer.

“My love, why don’t you throw the petals into the sea?” Christopher said.

This suggested that Christopher was not aware that the ring was lying at the bottom of the tray. When he asked me to do him this favor, I thought it was the ideal place to hide it.
The ship raced at full speed (29 knots) with the sun above its wake. We looked expectantly at Sandra, who continued to throw the petals, However, I guess the energy of the moment decreased because, suddenly, she hurled everything overboard, including the little box containing the diamond ring!

Christopher looked at me and the portent of the sea’s deep blue immensity entered that stare. I felt the urge to throw myself after the petals and try to rescue the ring and the promise and everything. As I yelled “Stop the boat!” Sandra’s eyes asked, What’s going on?

“Oh, I dropped the camera,” I responded.

The Fast Outlaw turned around in a timeless circle and there was a sign that the eternal does exist because the floating petals were leading us to a white spot. It was the ribbon! This time I jumped in and rescued the symbol of that promise of love. The sign was still alive.

As Sandra took the ring from Christopher’s hand, accepting that promise and weeping with joy, I could have sworn that the whole world was charged with feeling.

Thank you Christopher and Sandra

It all started when María José, the chief concierge of a Los Cabos hotel, where Christopher and Sandra (Germans living in Manhattan, New York) were staying, informed me that we had a marriage proposal in our hands.

Give us your story on board the Fast Outlaw. All you need is to contact the concierge of the hotel of your choice.
To a life of stylish, limitless passion. 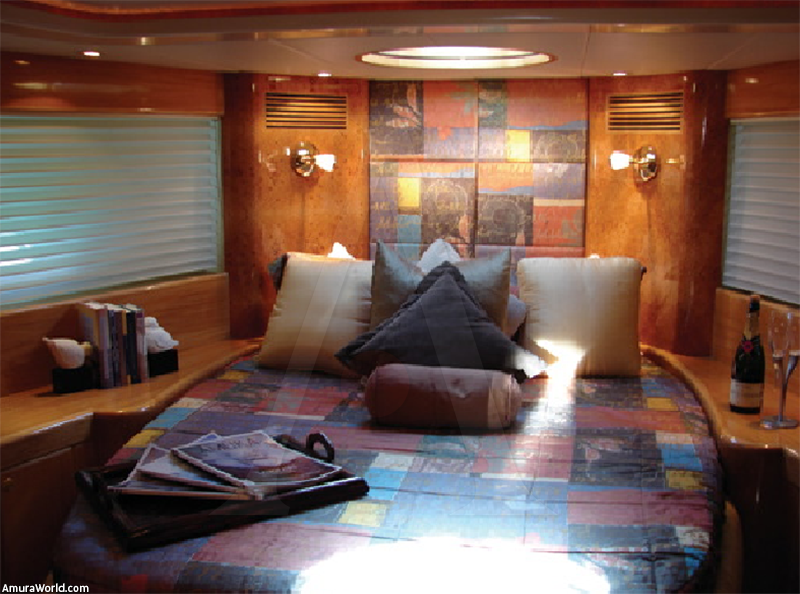 The roaring of 2,800 HP is heard in the Cabo San Lucas marina. It is the Grand Outlaw that, with a family of four guests, sets sail towards Golden Bank and Finger Bank for some weekend fishing.

The three staterooms (master, VIP and guest) were occupied by Sean and Patty, and Nicole and Connor.

As the journey began, Bori prepared 15 mackerel and an equal number of seahorses as live bait.

By 8:00 a.m. the alarms on the reels announced both the Grand Outlaw’s arrival to Golden Bank and the start of a busy weekend since a multitude of tuna bit one lure after another.
The same thing happened when we reached Finger Bank at 11:00 a.m. There were marlins everywhere; some were sword fighting with each other while others caught our lines. Just imagine, we managed 30 catch-releases in just two days!

The moment arrived to contemplate the Pacific Ocean as if we were its favorite children. Under a starry sky, the Grand Outlaw was reflected in the water and, in tune with such richness, chef Julio prepared tuna and marlin.

Without doubt, it is in these circumstances that one’s true personality comes forth. Patty, the least interested in fishing, calmly said:

-Martín, please ready the tanks and a couple of lights for Nicole and me. We are going to greet the marlins.

So the only two women on board the Grand Outlaw put on their gear and plunged into the water! And us machos… huge machos, took shelter behind the 80-pound reels to guard them from above.

The following day there were, again, marlins, tuna and dorados everywhere.

The roaring of 2,800 HP is heard in the Cabo San Lucas marina. It is the Grand Outlaw that returns from a fishing trip, waving the countless banners of a true champion.

Take part in this expedition; contact us through your hotel’s concierge. 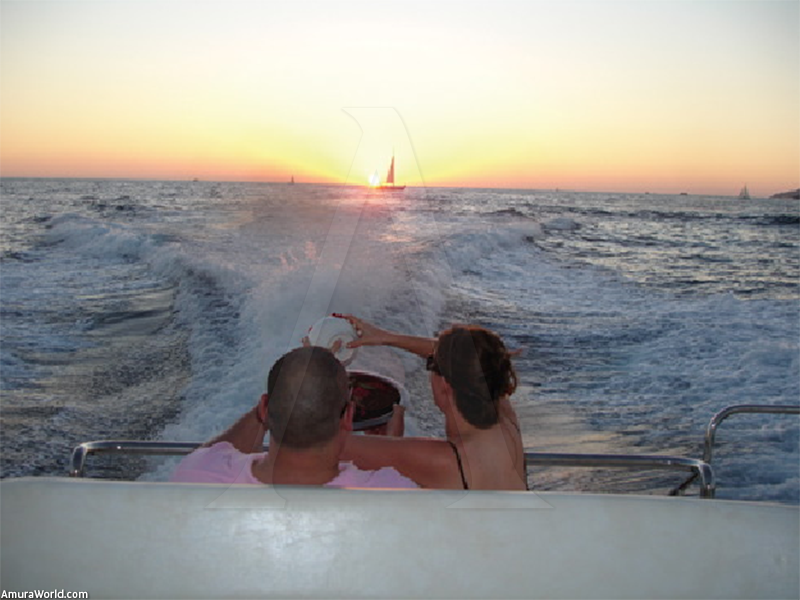