Puerto Vallarta, located in the center of the Mexican Pacific, surrounded by the majestic mountains of the Sierra Madre Occidental and with more than 40 k of golden beaches, is sheltered by Bahía de Banderas, the biggest bay in the Americas. A true paradise, this destination’s unique charm results from a blend of its colonial ambiance and cosmopolitan air.

Puerto Vallarta can be reached by air, sea and land. Commercial airlines and charters arrive here from major cities in Mexico, Canada and the U.S. ( the high season is from November to April). Many visitors also come here from Europe and South America, especially England, Germany, Finland, Spain, Argentina and Brazil.

And what about cruise ships? A growing number are stopping here on their cruises along the Mexican Riviera. According to Francisco Martínez Narváez, General Director of API (Administración Portuaria Integral, Port Authority) 164 ships docked here in 2003 and more than 210 in 2004. 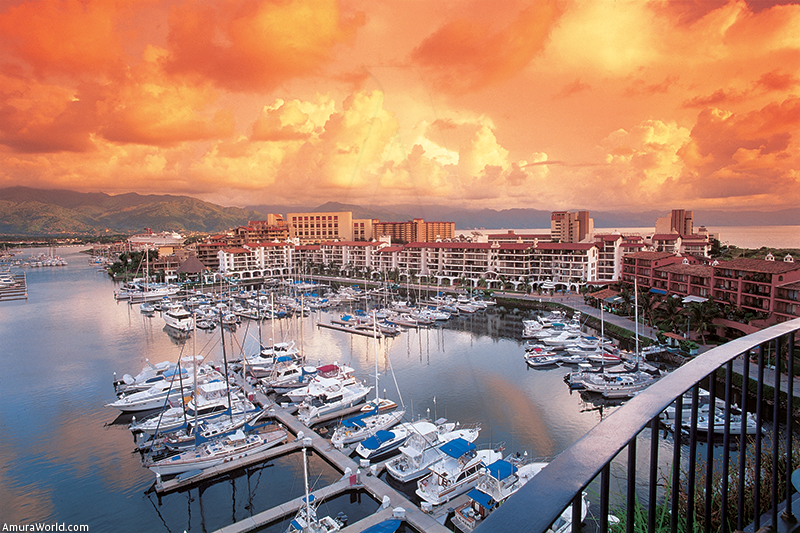 Martínez pointed out that some people prefer to arrive in their own vessels and that up to 400 Canadian and U.S. yachts (many departing from Los Angeles) dock here. They pass Ensenada, Cabo San Lucas and Mazatlán and find, in Puerto Vallarta’s sophisticated marina, the ideal place to dock. From here, many go on to Acapulco and, from there, return home.

Puerto Vallarta is also becoming a world-class golf destination. The variety of its greens is a perfect complement for golfers who demand the services and amenities that coincide with their lifestyles: gourmet restaurants, first class shops, art and other entertainment. 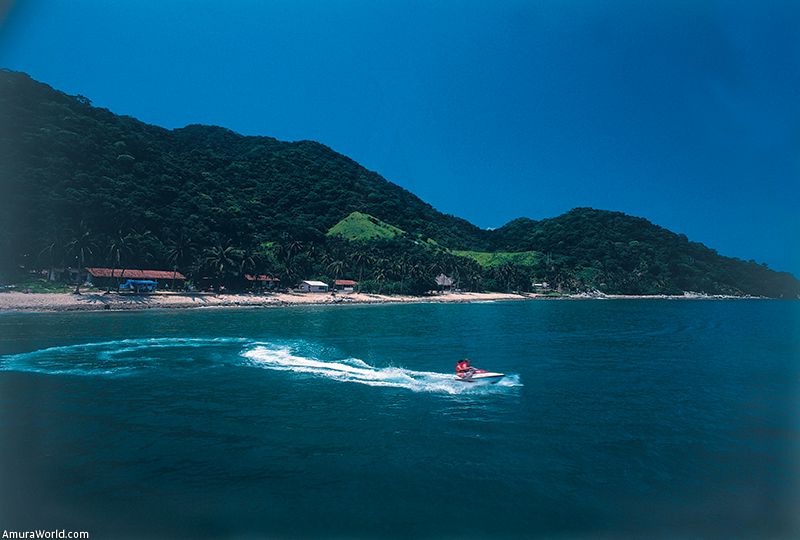 And, for the most exacting guests, those who desire total privacy, luxury and comfort, there are Boutique Hotels like Hacienda San Ángel, Majahuitas Resort, Las Alamandas and Quinta Real, masterworks that reflect traditional Vallarta homes and also offer impressive views of Bahía de Banderas.

In Mexico we have our own Hawaii: sun, sea, islands and beaches but with the warmth od our people and the history encompassed in its picturesque streets and beatiful buildings. 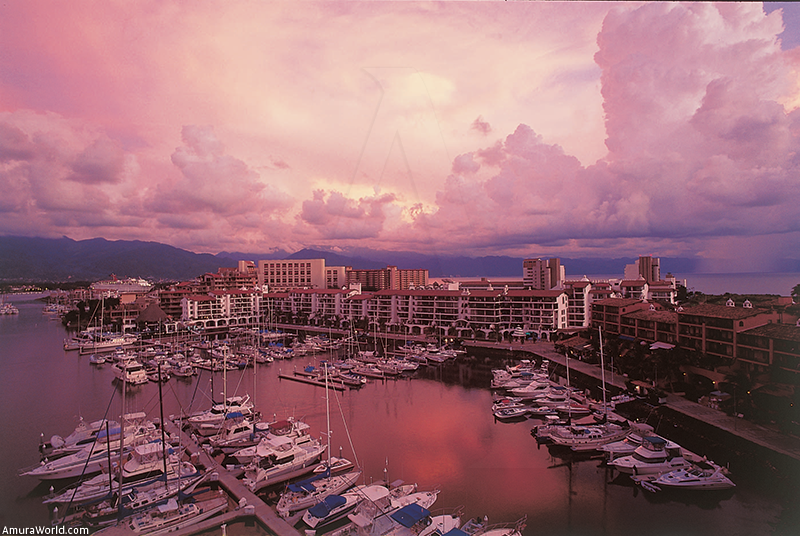 Marina Vallarta, Mexico’s largest sports port, where elegant yachts and sailboats find shelter, is located in the north part of town. It is surrounded by luxurious hotels, beaches, golf courses, art galleries, boutiques and a countless number of entertainment options for visitors. Additionally, near Puerto Vallarta, in Nayarit, is Nuevo Vallarta, the newest tourism destination on the bay.

The port originally handled passengers and cargo when ferries and cruise ships docked here. But the ferry route between Vallarta and the Baja California peninsula stopped running in 1987. “The market itself made tourism Puerto Vallarta’s main activity. Now, the port only handles cruise ships and smaller boats that offer tours of the bay,” pointed out the director of API in Puerto Vallarta. 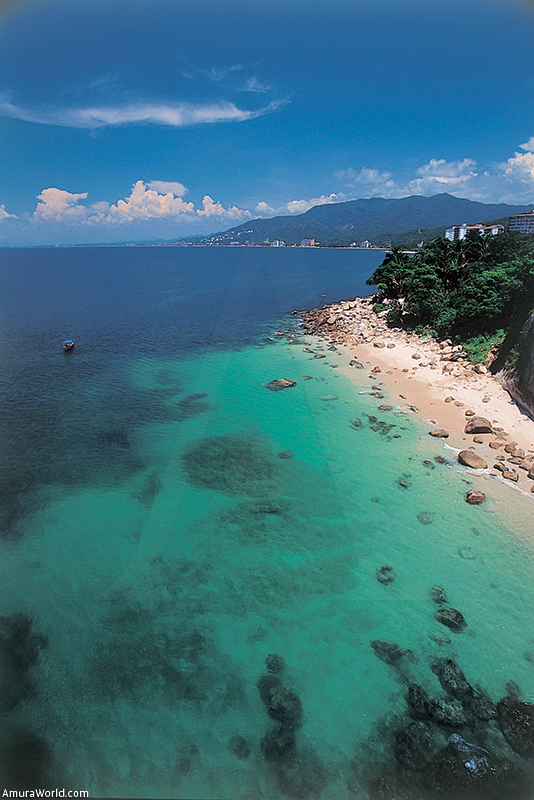 This destination is becoming more popular because it offers countless entertainment options. It is best to let yourself be caught up in the enchantment of Viejo Vallarta (Old Vallarta), with its traditional cobblestone streets, whitewashed houses, wrought-iron balconies and red tiled roofs. We recommend visiting the Nuestra Señora de Guadalupe church, with its dome that is a replica of the crown worn by the Empress Carlota in 1860; the Municipal Palace to see Manuel Lepe’s original murals, strolling on the Malecón (seaside promenade) with its collection of bronze sculptures and shops of every kind and visiting galleries that display contemporary Mexican art. You must, of course, sample the culinary offerings in the open-air restaurants, watch the sunset and enjoy a traditional Mexican evening, complete with folkloric dances.

“In Puerto Vallarta you will find more than one way to charge themselves with energy” stated José Ludwig Estrada Virgen, Puerto Vallarta Tourism Director. “due to the several recreational options” he said. Water sports include diving, regattas, fishing, skiing and waterbikes. Also, there are tranquil tours of the bay where you will see dolphins, turtles and humpbacked whales, another natural attraction that makes this one of the world’s premier tourism destinations. 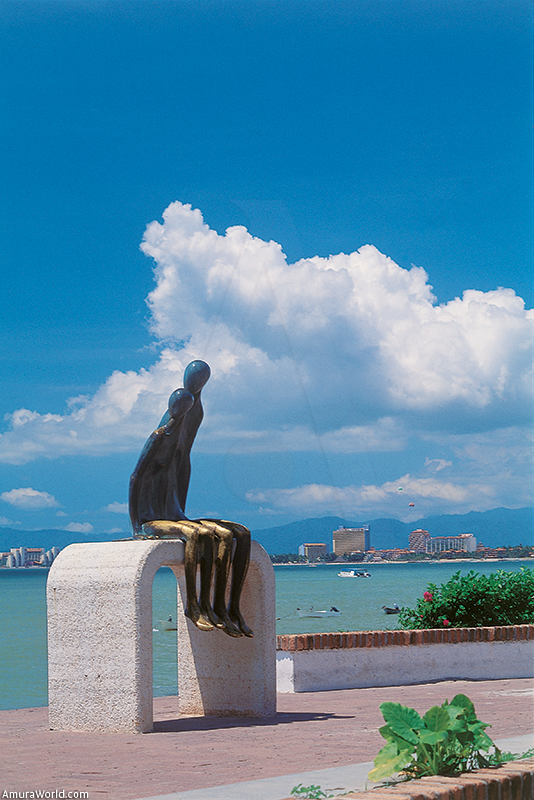 On the Same Longitude as Hawaii

Astrid Castañeda, Marketing Director of API Puerto Vallarta, told us that, because Puerto Vallarta is located at 105° 15’ west longitude and 20° 36’ north-northwest latitude, the same as the Hawaiian Islands, the temperature does not change from month to month and it rains mostly in the summer, when humidity is also high.

So, we do not have to travel very far because, in Mexico, we have our own Hawaii with its sun, sea, islands and beaches as well as the warmth of the people and all the history encompassed in its picturesque streets and charming buildings.

• Port capacity: two docking facilities that can receive two cruise ships simultaneously: Dock 1, for ships up to 70 000 gross tons registry (GTR) and Dock 2, with ships of up to 47 000 GTR.

• Two anchoring sites and “tender” piers where their respective passengers board and unboard.

• A real potential market for local cruise ships is the arrival of 2 500 000 tourists annually, said Martínez Narváez, Director of API. 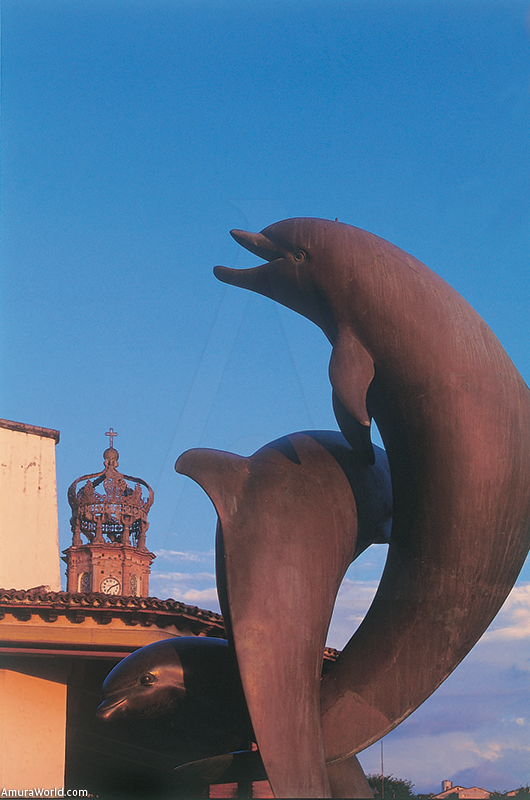 Connected by a new four-lane highway, Nuevo Vallarta, a village transformed into a paradise, is located just a few miles north of Viejo Vallarta. It is 10 minutes away from the international airport and 20 minutes from downtown Puerto Vallarta.

This heavenly place features a system of inland sailing routes that connect the many majestic homes with the sports port and the open sea. The world’s great fortunes have discovered Nuevo Vallarta and consider it the ideal playground. Consequently, the area has seen a up rising in investment in luxury homes and hotels. Even so, calm prevails in Nuevo Vallarta. It is a peaceful place, only a few minutes away from the hullabaloo of Puerto Vallarta. The two offer visitors and residents the best of both worlds. 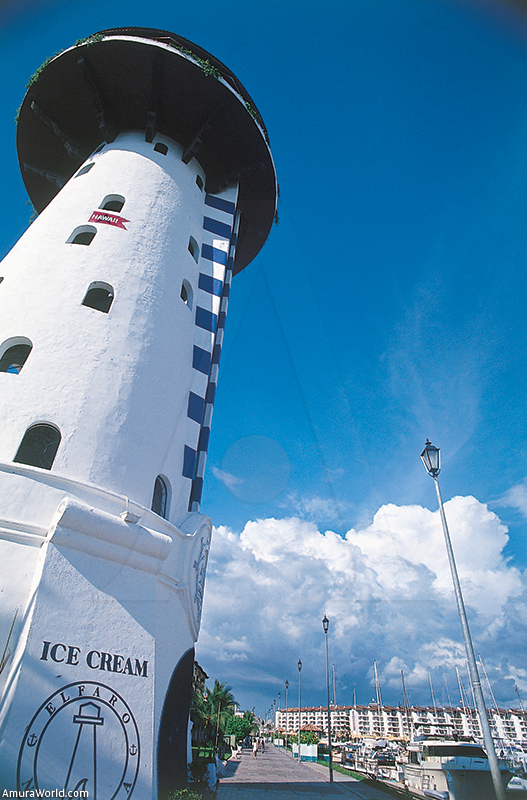 NAFTA and its ensuing trade opportunities brought major changes and advances that initiated Mexico’s nautical development. The biggest change, however, was in marine legislation allowing vessels to enter the country without paying taxes and remain here up to 20 years.

These modifications allowed tourism investment to focus on a sector that was largely ignored, sparking the creation and development of marinas along the entire coast of the Mexican Pacific. They came up with a nautical ladder that allows sailors to enjoy nature, the sea, and to sail from one place to another with complete confidence and safety. Developments sprang up in Cabo San Lucas, La Paz, Loreto, San Carlos, Mazatlán, Puerto Vallarta, Barra de Navidad, Ixtapa- Zihuatanejo, Acapulco and Huatulco.

Today, Mexico has almost 3000 docks located between the Sea of Cortez and the Pacific coast. Compared to other places in the world, the domestic market is still small. Estimates show that in 1995 there were about 500 yachts in the marinas in Acapulco, Vallarta and Zihuatanejo occupying barely 16% of the available docks. 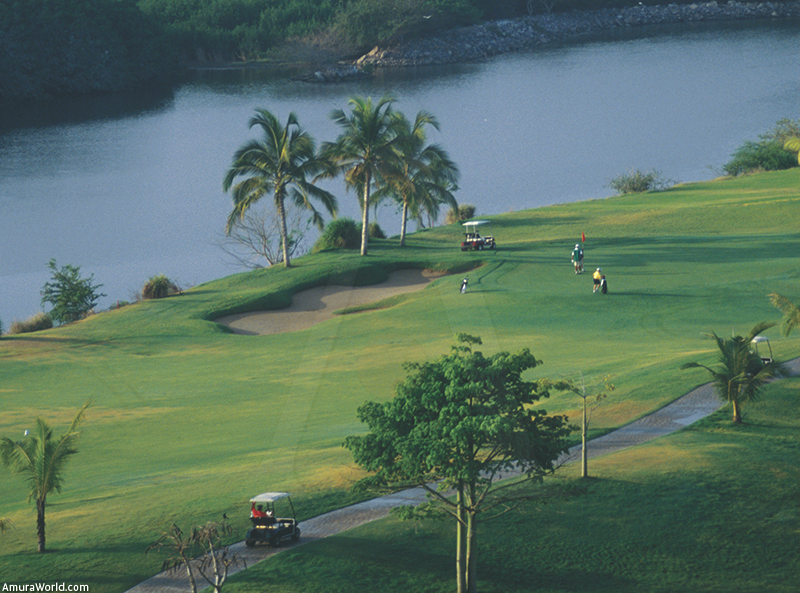 Estrada Virgen commented that another important trend that Puerto Vallarta is trying to address is that of extended vacations which, in time, could become full-time residences. The imposing residential complexes that are being developed in Puerto Vallarta attract both visitors and residents with purchasing power, and also motivate the construction of marinas. Nowadays, there are more marinas in Puerto Vallarta than in any other destination in the country and more will be built.

Inmobiliaria Macouzet, “Small Vallarta”, has invested over 14.3 million pesos in the construction of a shopping center and Constructora Simaro, “Plaza del Mar” has spent eight million pesos on another. Furthermore, the Crown Plaza Paradise Club has been remodeled to the tune of seven million dollars and the Hotel Fiesta Americana Puerto Vallarta with five million dollars. 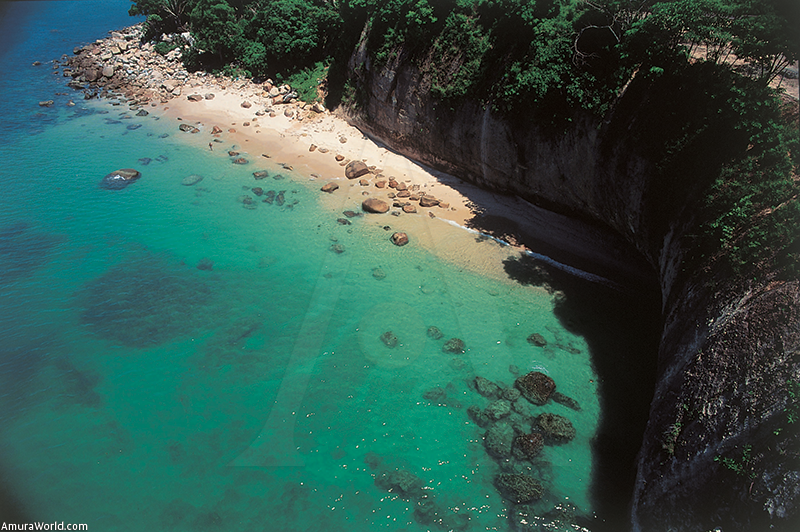 Reached by land or sea, Paradise Village Marina is one of this destination’s new residential and tourism complexes.

Opequimar, on majestic Bahía de Banderas, is located at the entrance of Marina Vallarta’s main canal. It features all the infrastructure necessary to service boats sailing along the Mexican Pacific coast.

This development has two objectives: to attract the North American market, which grows exponentially as soon as it learns about the new services and infrastructure available, and attract the new local market, which is growing at a par with the new legislation and with marine tourism developments featuring hotels, homes, villas and condominiums with golf courses, marinas and docks. 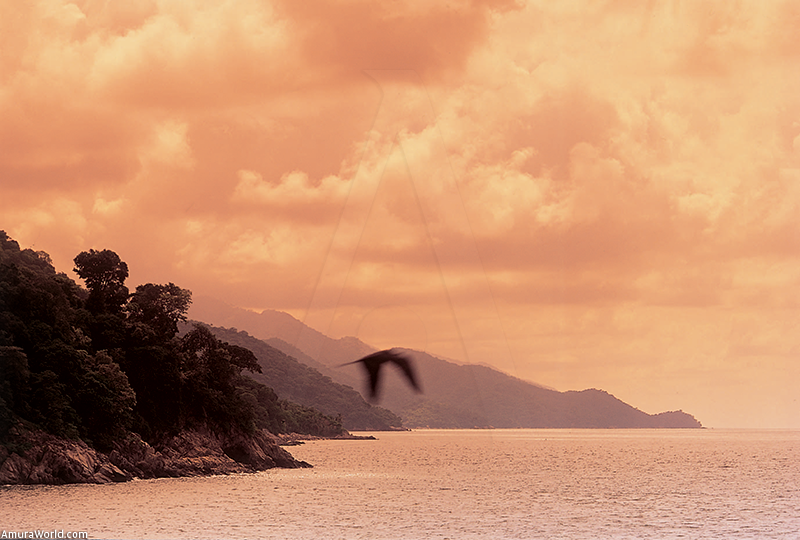 The Puerto Vallarta-Bahía de Banderas corridor is designed to contribute to the harmonic, balanced and integrated development of Bahía de Banderas’s urban and suburban areas, making it more competitive, improving the quality of life of its residents, and maintaining its position as one of Mexico’s major coastal resorts, declared John McCarthy, Director of Fonatur.

The project will enhance the zone’s tourism offerings once new market segments, such as the nautical one as well as golf, ecotourism, rural tourism, congresses and conventions, are consolidated. “The goals for 2025 are to grow from 23 000 to 53 000 rooms, increase the number of tourists from 2.5 to 6 million, increase visitors’ daily spending from 150 to 200 dollars, increase foreign currency revenues from 1 500 to 4 600 million dollars; and create more jobs: from 116 000 to 265 000,” said McCarthy. 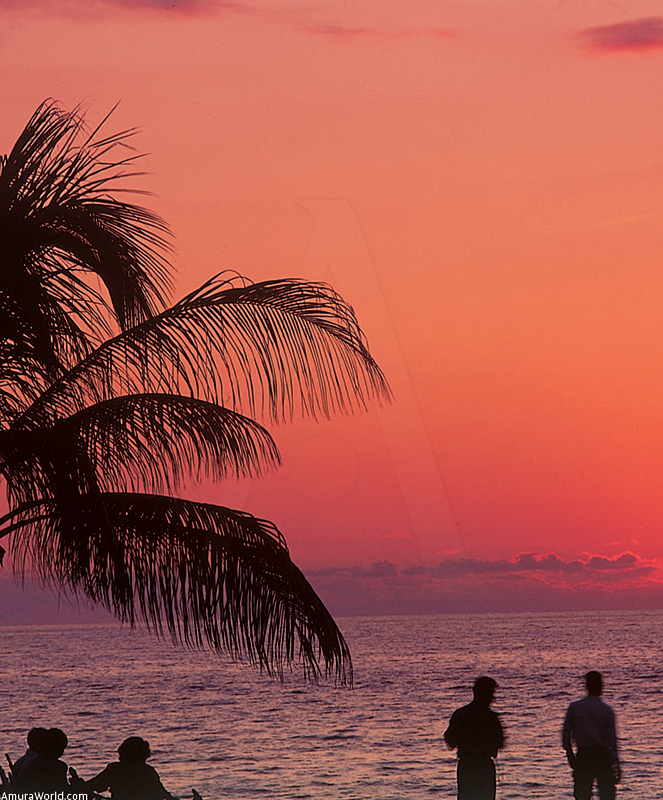