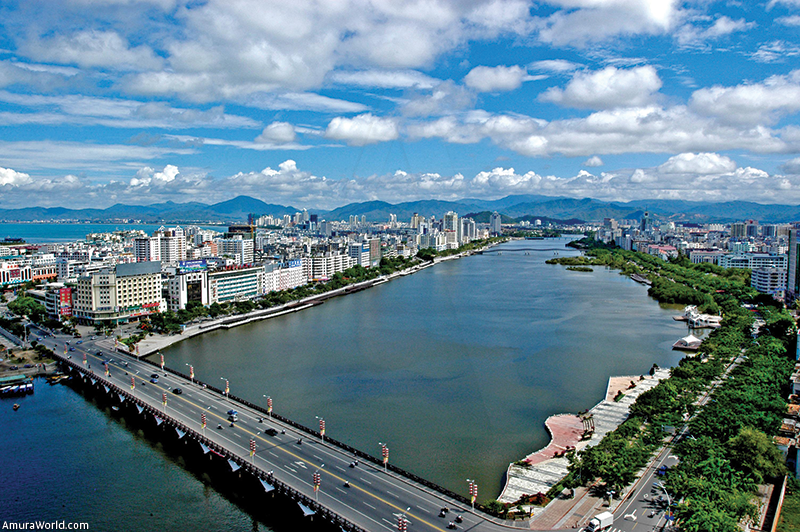 Situated in the edge of the Meridional China Sea, Sanya is considered the eastern Hawaii, because it is the only coastal city of the tropical zone of China. The sun, the sea the beaches, the climate, the forests, the thermal springs, the animals, the caves, the fields, and culture, make of this place the touristic tropical destination that gathers the greatest number of incentives. Its most striking settings are Tianya Haijia (the most remote corners of the world), the Nanshan mountain, the Yalong bay, Luhuitou (the stag that turns its head), the Great Oriental Sea and the Xidao island. The absence of extreme temperatures either in winter as well as in summer, attracts millions of tourists every year (its yearly mean temperature is of 77°F and the winter mean of 68°F).