A safari by the Norwegian Coasts

Until a few years back, the winter time was the ideal season to watch big herds or Orcas roaming the Norwegian coasts, for it was the migration time of the Herring, its main source of food, towards more shallow waters to lay their eggs and the mammals took advantage of such situation to have a feast. Today, the exodus of the Herring has changed being that the reason why the sightings of the Orcas are less frequent, almost in any season of the year.

The encounters with these stunning animals are one of the main Norwegian attractions, especially in Svolvaer and the Lofoten Islands. The safaris, which are carried out between the end of October and the middle of January, are performed on ships perfectly adapted for such task, being this the reason why it is so easy to admire the solid bodies and well drafted and erect flippers, characteristic of these mammals.

Since the Orcas do not shy away from human beings, the Blue List of the Lonely Planet has recommended to the boldest travelers in search of new experiences, to swim with them (a decision made by each individual). 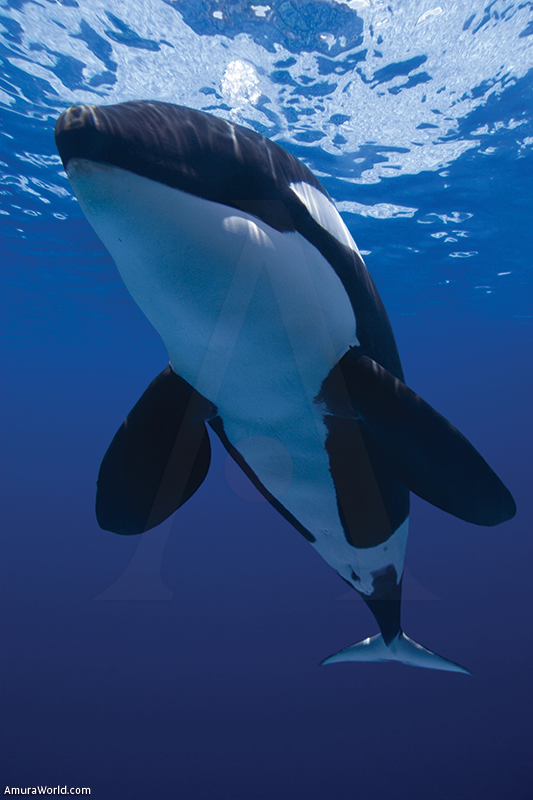 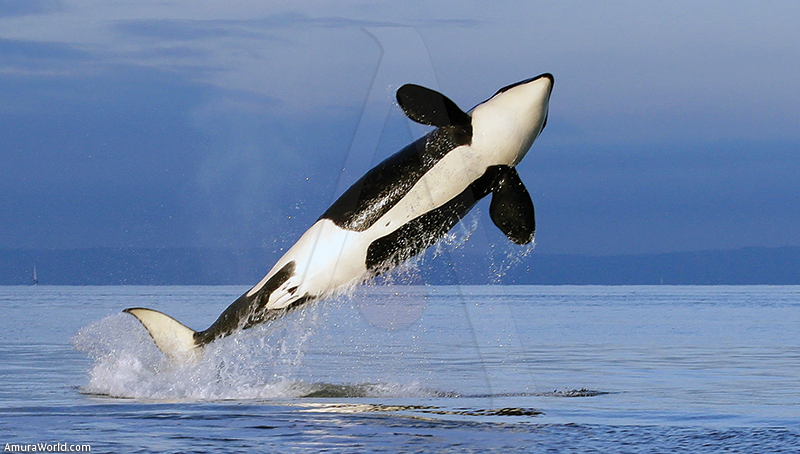 Even though they are commonly called whales, they belong to the group of the Delphinidae, which means that they are really dolphins, being the largest ones in this classification, with a weight of up to 400 kilos and a length of 9 meters. The Orcas are great swimmers; they are the fastest mammals in the ocean, reaching speeds that go over 35 km/h.

This huge species live in groups, between 4 and 40 members of each group, which show the great social structure they have. Given their great intelligence, the functions inside these groups reflect those of any society, from the protection of the youngsters to the teamwork required to get their food.

The also called Killer Whale, feeds on squids, sharks, whales, turtles, octopuses, seals, penguins, seagulls, and, of course, herrings –one of their favorite snacks–. The amount of food they require is approximately 250 kilos per day. Another name the Orcas receive is sea wolves, since they have no known natural predator and are at the top of the food chain.

The Orcas, as opposed to whales, enjoy living in cold waters, moving as they follow their food in each region. 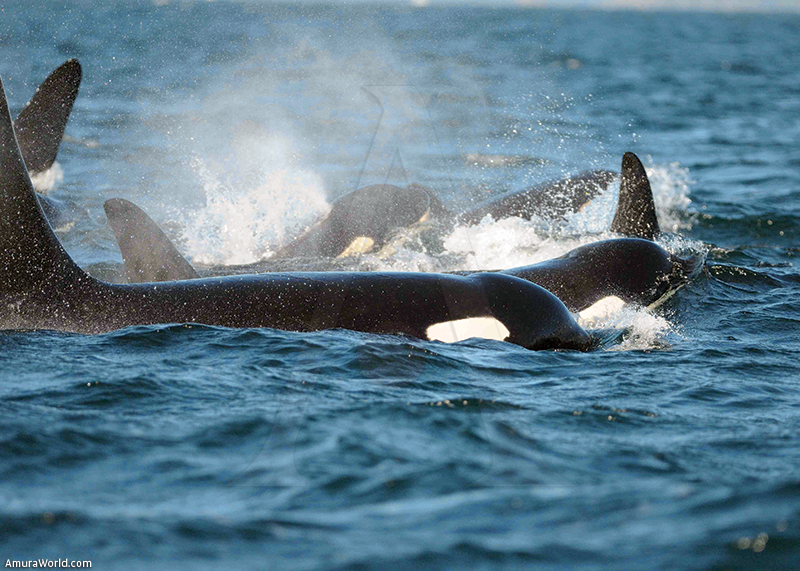 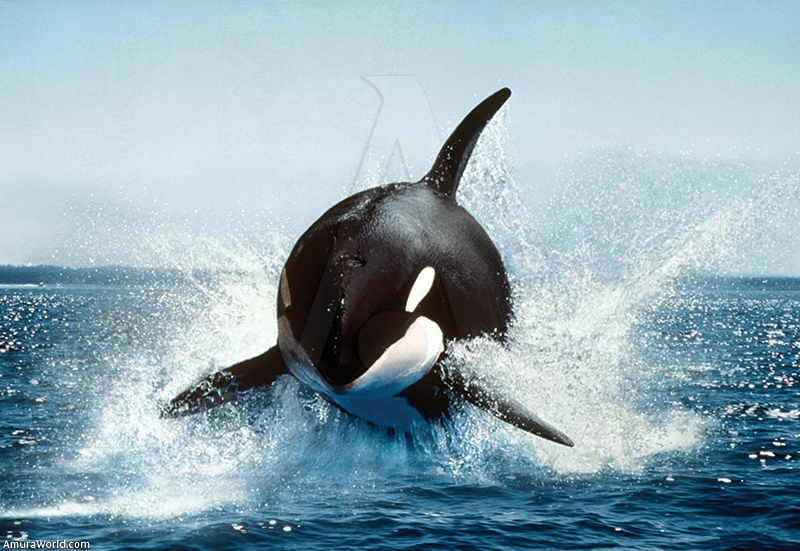 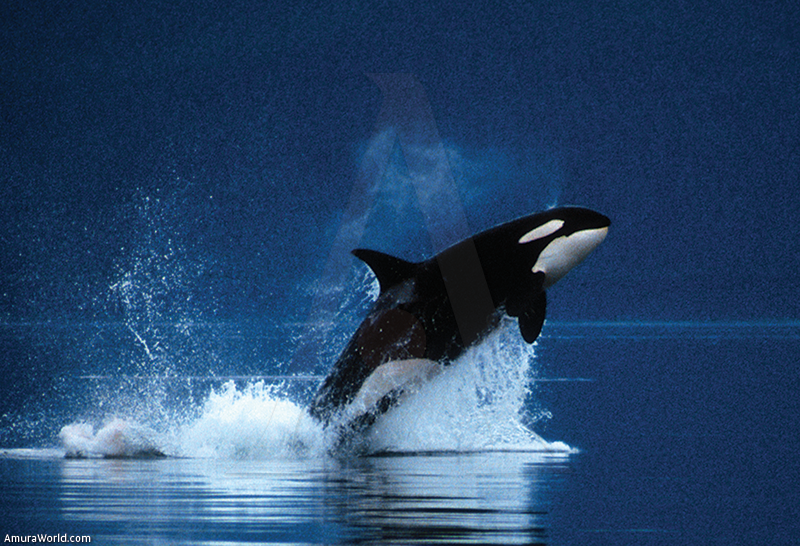 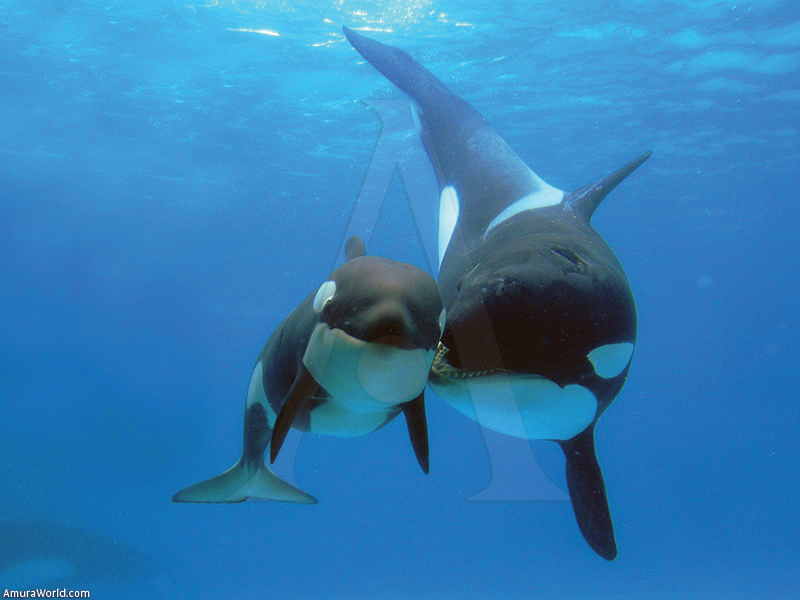