Diving around the Nuclear Electric Plant

Working for a living as a diver has given me great satisfaction, as well as surprises. You never stop learning or surprising yourself, such as the invitation extended to me by the Director of the Laguna Verde Nuclear Plant, engineer Mr. Rafael de la Garza to dive at the only nuclear plant in Mexico. It was an invitation that i could not turn down, although I had certain reser- vations due to the rumors about contamination, which I had in mind.

So, after making the arrangements, we set off, my good friend Armando Gasse an assistant and I, to the beautiful port of Veracruz, where Rafael Vega, a friend from my youth and nor the key person in the operation of the nuclear plant, awaited us. 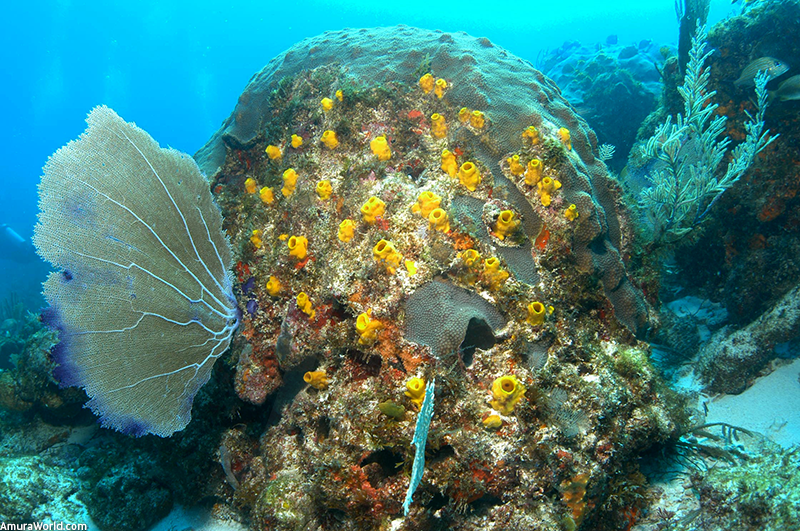 The plant is located between the lush coastal landscapes of the Gulf of Mexico, at kilometer 42.5 of the Cardel- Nautla Federal Highway, at Punta Limón, in the Municipality of Alto Lucero. The nuclear plant is 70 kilometers to the north of the legendary city of Veracruz, installed in an area of 370 hectares framed by five natural lagoons.

The proximity to the beaches makes the nuclear plant a complement to the coastal landscape, where the blueness of the sea invites you to take a dip. At the bottom, we become absorbed by the amount of coral formations to be found there, sinuous marine landscapes with the coral, a living and sensitive being, which proliferates in a variety of forms that challenge the imagination, which grow among the labyrinth like spaces, forming narrow tunnels or wide passages that boast a wide variety of coral species.

We were able to recognize the stylized moosehorn coral, the arrogant staghom horn, the intricate brain corals, the small ‘galleta’ corals, the enormous pillar corals and others that look like waterfalls. All of them are perfect for the sightly lightfishes to attach themselves, which like the worms, known as “Christmas trees” embellish the sea bed with their kaleidoscopic colors and soft movement.

The crinolines of the sea raise their arms toward the ray of sunshine increasing the beauty of the panorama. The wonderful marine beings of different colors and sized, known as “anemones”, are com- pletely sedentary and use their long arms, which contain limpets, to catch their prey.

Living among these corals are sea sponges, both hard and soft, healthy marine animals that filter the water to feed, as well as giving the sea exciting colors and whimsical shapes. The coral, the same as the sponges, provide shelter and a home to a multiplicity of fish and different marine organisms, among which I can mention small shell-less snails, called “nudibranquios” (sea slugs), a word that means “naked slugs”.

In the holes or caves, we find the sumptuous butterfly fish that distracts its predators with a stripe around its eyes with a spot behind. The sin- gular and rare hamlet fish looks like it has been taken out of a painting because of its striking and contrasting colors. 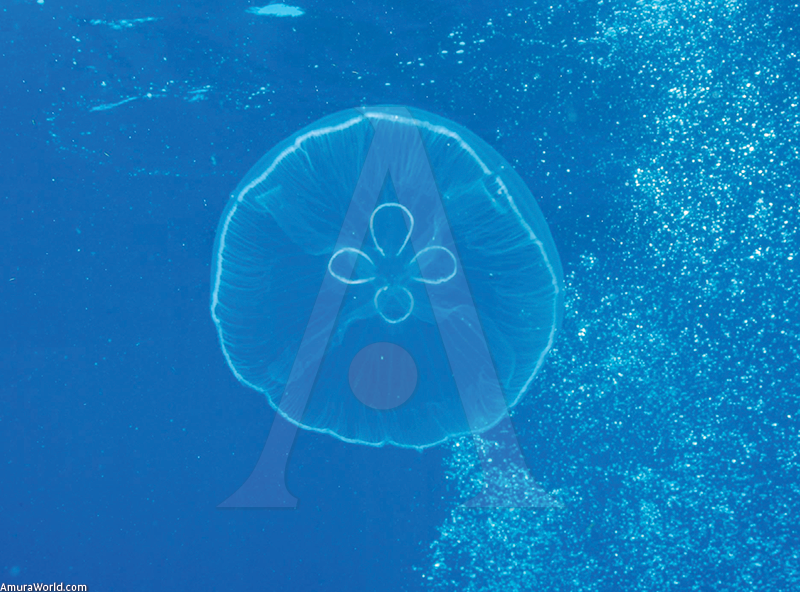 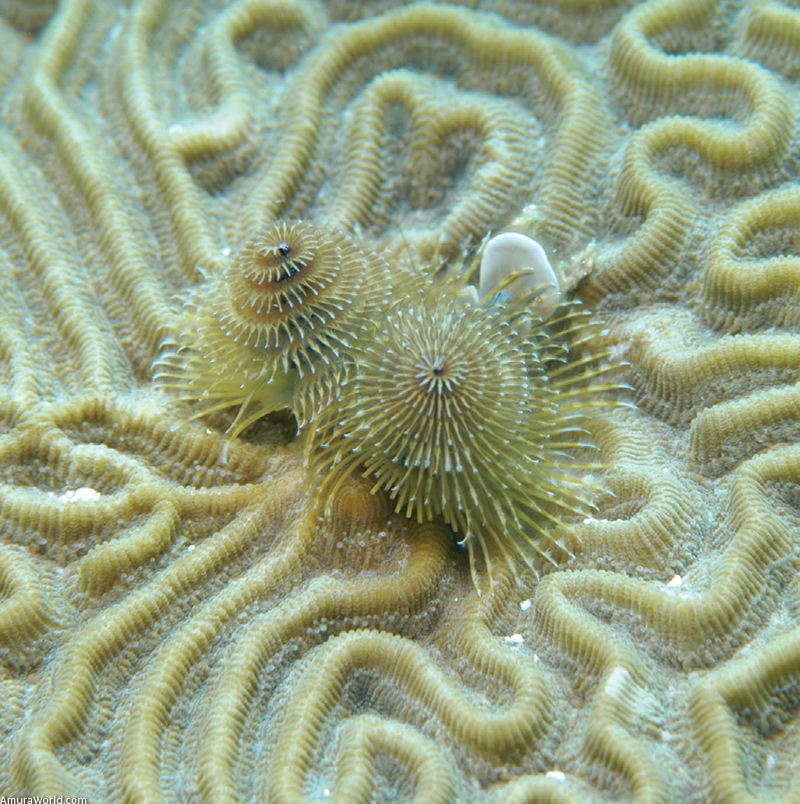 Comber fish are voracious, and with their classic pointed body, observe suspiciously. The barracuda, a natural predator, the same as the brown ones and the green ones, wait patiently for their prey, observ- ing us with the least fear. Silver and imposing tar- pons, which travel in large shoals, found in this small cove a good spot to spend the summer season. Using the power of mimicry, the powerful stonefish passes unseen. On a brain coral, static, we found stylized lizard fish, giving us the feeling of being the master of its domain. The surgeon fish gets it name from the sharp spine along its body, which can cut like a surgeon’s scalpel. The damselfish are very bad tempered and defend their domains with great ferocity, even against larger fish.

Among all the species mentioned live the black, white and red sea urchins with their sharp spines to discourage other species from capturing them. On the sandy bottoms, we can observed the “sea cucumber” as it is know, an inhabitant of this place from where it gets its food, it walks slowly and fear- lessly of its predators since its body is protected by a layer if thick and wrinkly skin.

In open waters and propelling themselves by swimming, we found small beings that give off their own lights, the “aguasmalas” or medusas as they are known. At mid depths, there are enormous banks of sardines, which give the sensation of life and magic to the transparent waters of the Gulf of Mexico. The master of camouflage is without doubt the flounder fish, which we discovered on the sandy bottoms thanks to its eyes, which it uses as periscopes. 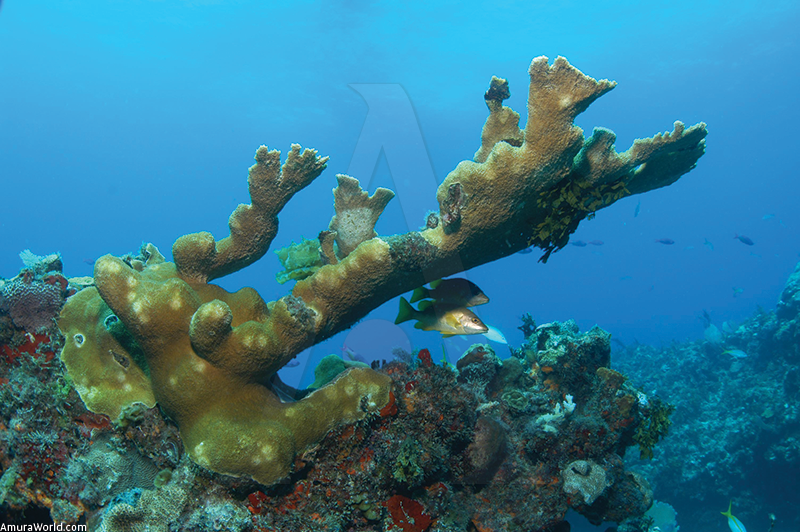 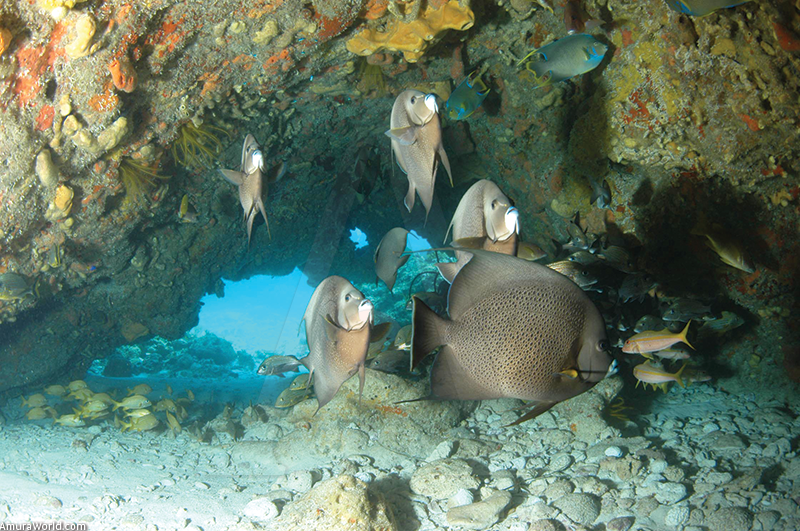 Anyone would feel attracted by the tiny crea- tures that live on the coral beds, whether by their colors or whimsical shapes, like ghostly shrimps. Lost in the sandy depths, we found a unique, almost fictional character: the hermit crab devour- ing a succulent dish.

At the bottom, ,we did not find any metal treas- ures, but instead brilliantly colored fish, such as the well-known young angel fish, which in its adulthood is known as the queen angel fish and its relative, the gray angel fish.

Water corals are very attractive to divers but much care is needed because they sting on contact. Whip coral has been used for a long time for the production of handicrafts and is therefore an endangered species.

It is evident that life is born and multiplies every day in the pleasant waters of the Gulf of Mexico, where we were able to dive in the area surrounding the controversial Laguna Verde nuclear plant. 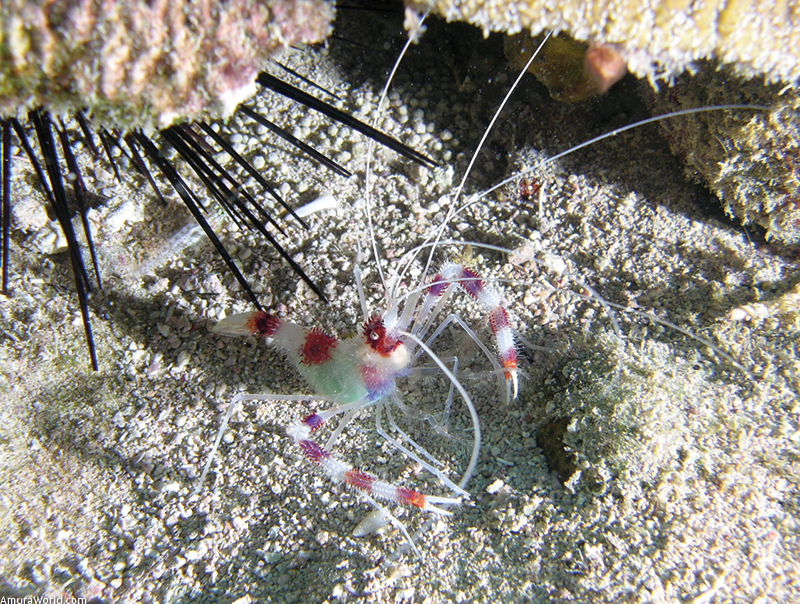 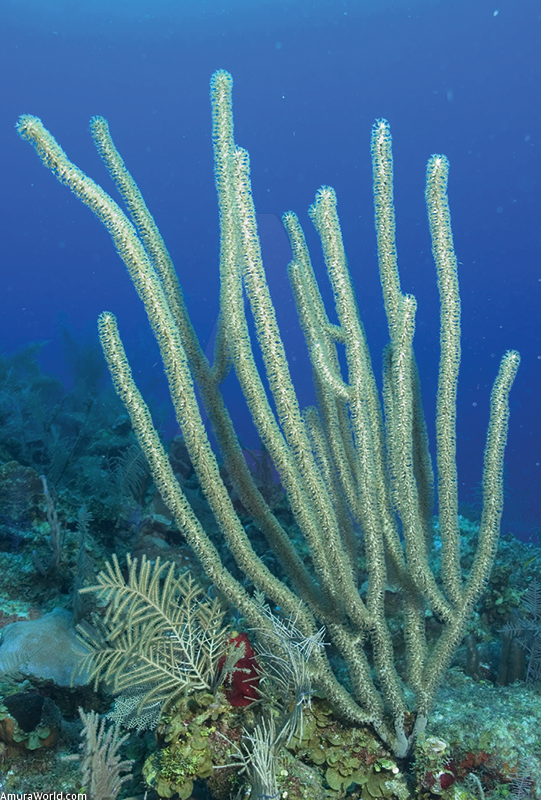 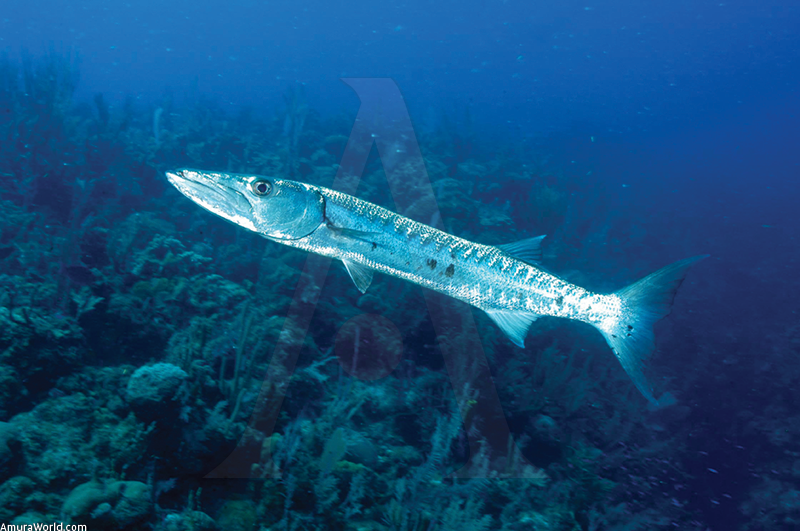