Red Deer, The king of the forest 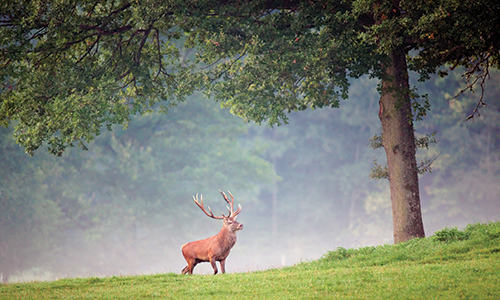 The king of the forest

The wild and indomitable nature of the deer caught the attention of the Celts during the Iron Age. An animal of sorrel antlers and a bellowing cry that could still move quietly enough to appear and disappear on it’s own accord. Only the most experienced hunters could keep track of it. The preponderant appeal of it’s antler are associated it with the Cernunnos, Lord of the Animals in Celt mythology; a symbol of strength and permanence. 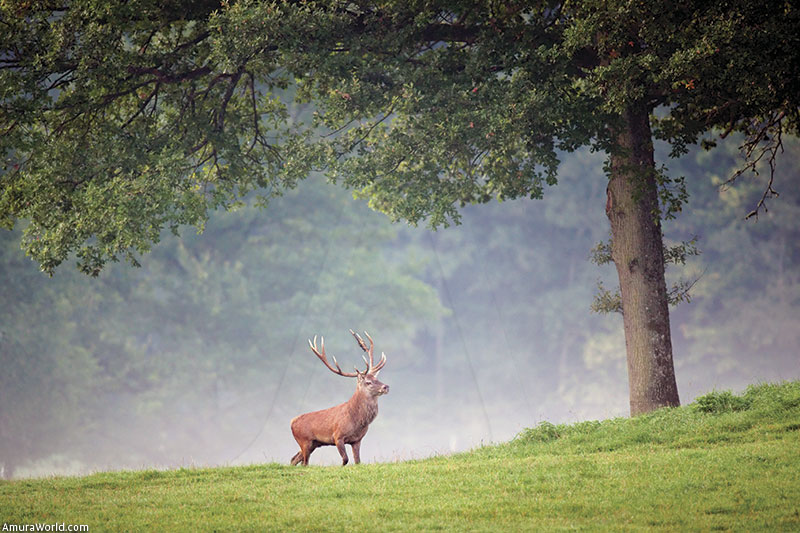 It is the second largest deer after the moose, reaching a height of up to 1.5m and a weight between 80 and 240kg; it’s name being derived for them chromatic red hues that permeate it’s hide, a quality that has been belived has curative powers in the Scottish culture. It is employed in traditional medicine, thus becoming profoundly attractive to hunters. It’ss antlers are a sign of it’s reproductive power and strength; the larger and more intricate they are, they more fertile the male is. Males tend to be solitary, while females and younger specimens tend to live into herds of up to 20 individuals.

Red deers are most active during dawn and dusk, as well during periods of intense mist deep in the Scottish countryside. They take advantage of this periods to feast on herbs, berries, and grass. Originally from Eurasia and the western palaeartic ecozone, the red deer migrated to various corners of the world. Nevertheless, it is an endangered species. 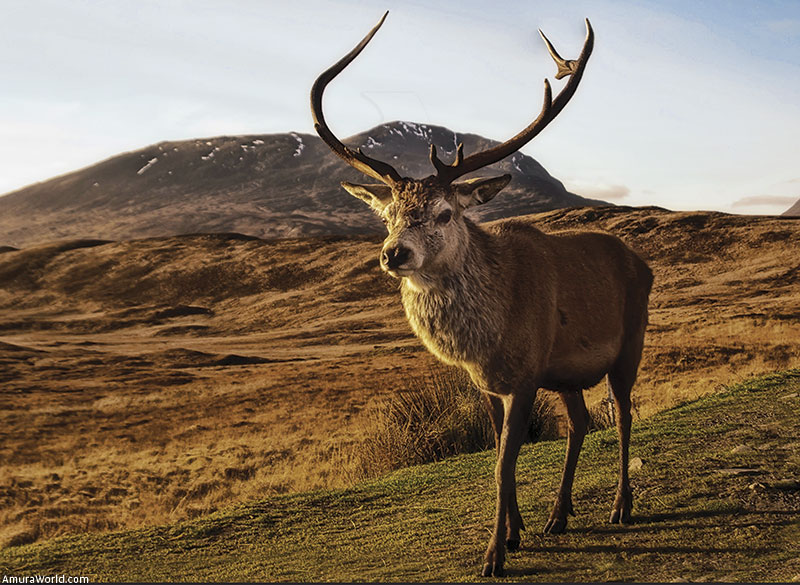