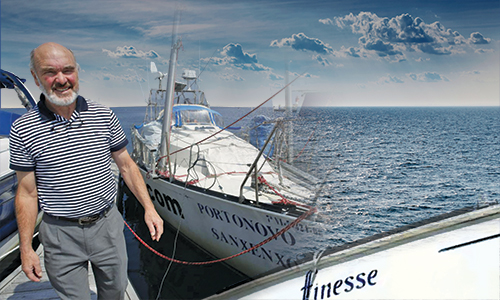 “I don’t make normal routs, I like the complicated ones. I’m incorrigible”.

With a singular passion for the most complex route, this Portonovo sailor -from Pontevedra,Spain-, continues his voyages with the constant challenge in mind that represents the Arctic; he doesn’t give up toward the obstacles that have make him long for more accomplishments.

Aboard his already iconic sailship “Finesse”, of 8 m in length, Leiro has been beaten by all sorts of difficulties in his last maritime trips, he passes from the warmth of the Caribbean - where he arrives through the Canary Islands as a homage to Columbus-,  toward the icy waters full of icebergs of the Polar Arctic Circle; unfavorable winds, technical complications, impediments of behalf of maritime border authorities, extreme weather, amongst other factors have put to the test the intrepid and indomitable spirit of this sailor. 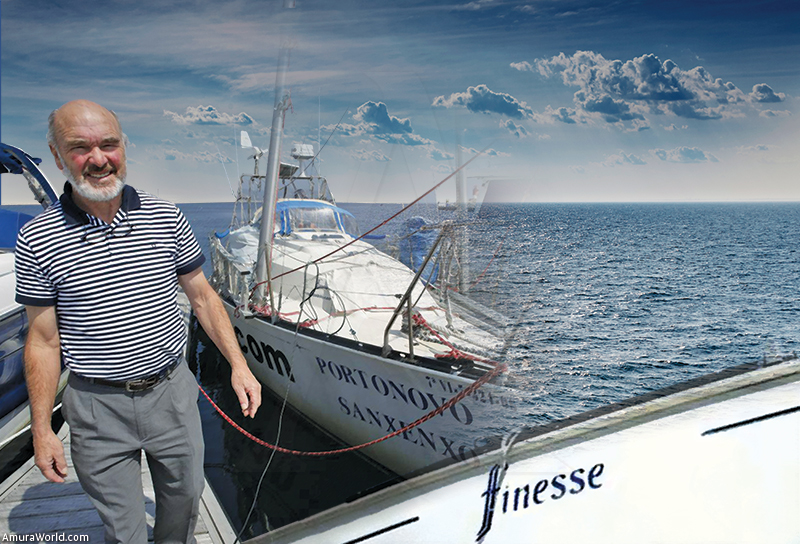 Since it’s beginnings, Leiro has experimented every type of danger, he has had several near deadly experiences, almost encountering the end when he shipwrecked at the Strait of Magellan. In the last decade, he has sailed for over a year and a half uninterruptedly; when he crossed the Panama Channel, he encountered ice mountains the size of islands, all so he could return to Portonovo, after crossing Salvador, Punta Arenas, Montt Port, Antofagasta, Cuba, Ecuador, Peru, Bahamas and Bermuda.

“I don’t make normal routs, I like the complicated ones. I’m incorrigible”, Suso Leiro points out. His last challenge has been accomplished: He crossed the Atlantic sea alone, after almost being hit by merchant boats and taking refuge in Madeira during his Summer intent, when the climate forced him to stop. In September he reached sea once more from Cabo Verde in direction toward Canada in order to head back to Spain. The next challenge in the itinerary of Suso Leiro is to exit Portonovo and Sanxenxo to arrive to Cuba and then Miami. Where will this contemporary ocean conqueror go next?