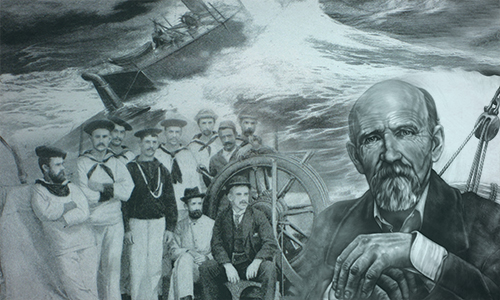 “A spirit of clarity, even benevolence, has grown with force in my nature through the meditation of those days spent at sea.”

We are with the first sailor to venture into the world’s seas in solitary. Joshua Slocum, born in Nova Scotia, Canada, is the first sailor between the times of past and present, whose moment belongs to the past century; he inspires navigation around the globe for the glory of individual exploits at sea.

Onboard his two stick vessel or yawl called “Spray”, of 11.28 m of length, which was built with the hull of a fishing boat and adapted by Slocum himself, he first put forth in 1895 from Boston, Massachusetts, in the United States, to achieve the first solitary navigation around the world in history.

During these times, a technology that aided in the solitary sailing didn’t exist, sails didn’t even look like the ones we currently know. Spray’s were hoisted manually, in a time where vapor was the novelty in the navigation sphere and where no one tried a rout in solitary only to accomplish a dream. 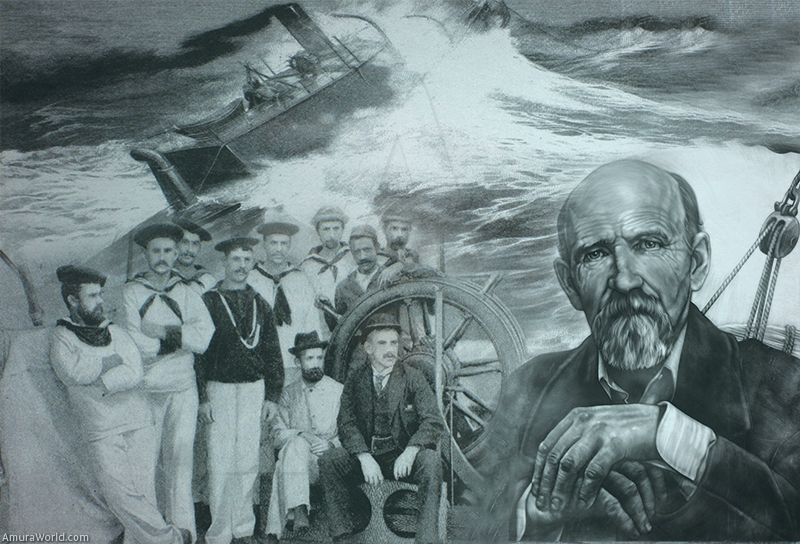 It was in these precarious conditions that Spray crossed the Atlantic three times with an impeccable sail balance on behalf of Slocum, who ploughed nearly 46,000 miles to achieve his first adventure. His route conducted him through the Azores Islands, after Spain and the Canary Islands, returning to the Azores to later cross the Atlantic in the opposite direction and arrive Pernambuco, Brazil, where he surrounded South America and passed twice through Cape Horn.

As an interesting fact, Solocum had previously worked aboard several ships for nearly twelve years; as a fisherman, captain and builder; a true eminence with natural talent for naval engineering, even, a prominent writer that gives testimony of his days spent at sea in the title “Sailing in solitary around the world” . he didn’t know how to swim. Because of this, it is quite admirable that he had the desire to venture alone in the oceans, without no one to guide him or help, this was a grand adventure full of courage. Because of this and much more he will be remembered forever.

In 1909 Slocum was lost at sea, when he ventured in the Orinoco, after leaving a legacy for modern navigation and converting into the father of sportive sailing.