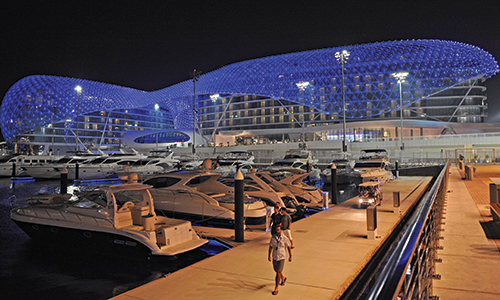 One of best entry gates to the idyllic Abu Dhabi’s Yas Marina; its hospitality, elegance and attraction fusion to create an unforgettable experience. Located in the heart of the Marina, there’s a port that has modern facilities and services of an extraordinary level.

It is one of the best international marinas and it possesses infinite amenities; a clear example are it’s restaurants awarded with Michelin stars,designer shops, aquatic activities and cosmopolitan bars. For locals and tourists alike, this place holds several options in and out of the water.

The history of Abu Dhabi’s prosperity is quite contemporary;  By mid last century, a violent confrontation for power between two local groups resulted in the incision of Abu Dhabi and Dubai.

The conflict began in 1945 and ended three years later, it left a rivalery between both cities. The Sheikh Shakbut, having previous experience in the pearl market and oil markets,  decided to invest in the local development.

This vision was contrastant with what his family and brother - who were exposed to progressivist ideas- believed. As a result,Sheikh Shakbut was replaced by his brother, Sheikh Zayed, the 6 of August of 1966. His pioneering plans and massive investments created the base of the modern history of Abu Dhabi, making a significative growth in its perspectives and attracting foreign investors at the same time. This marina is only a paragon of what Abu Dhabi has to offer, one of the crown jewels that opens it’s doors to one of the most amazing cities of the planet. 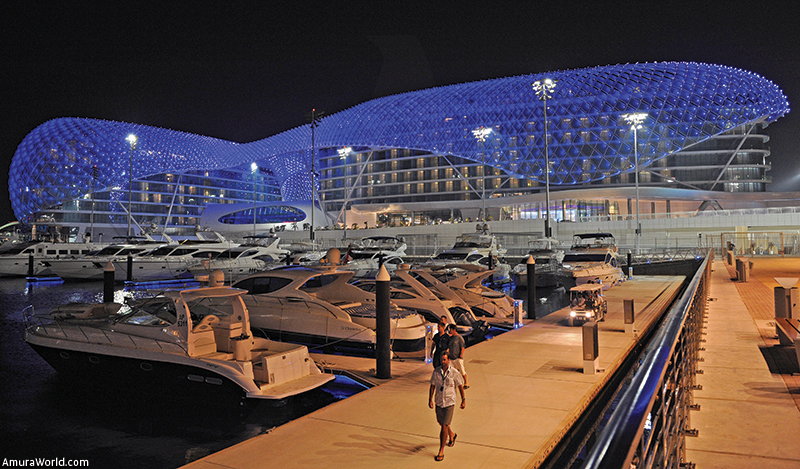